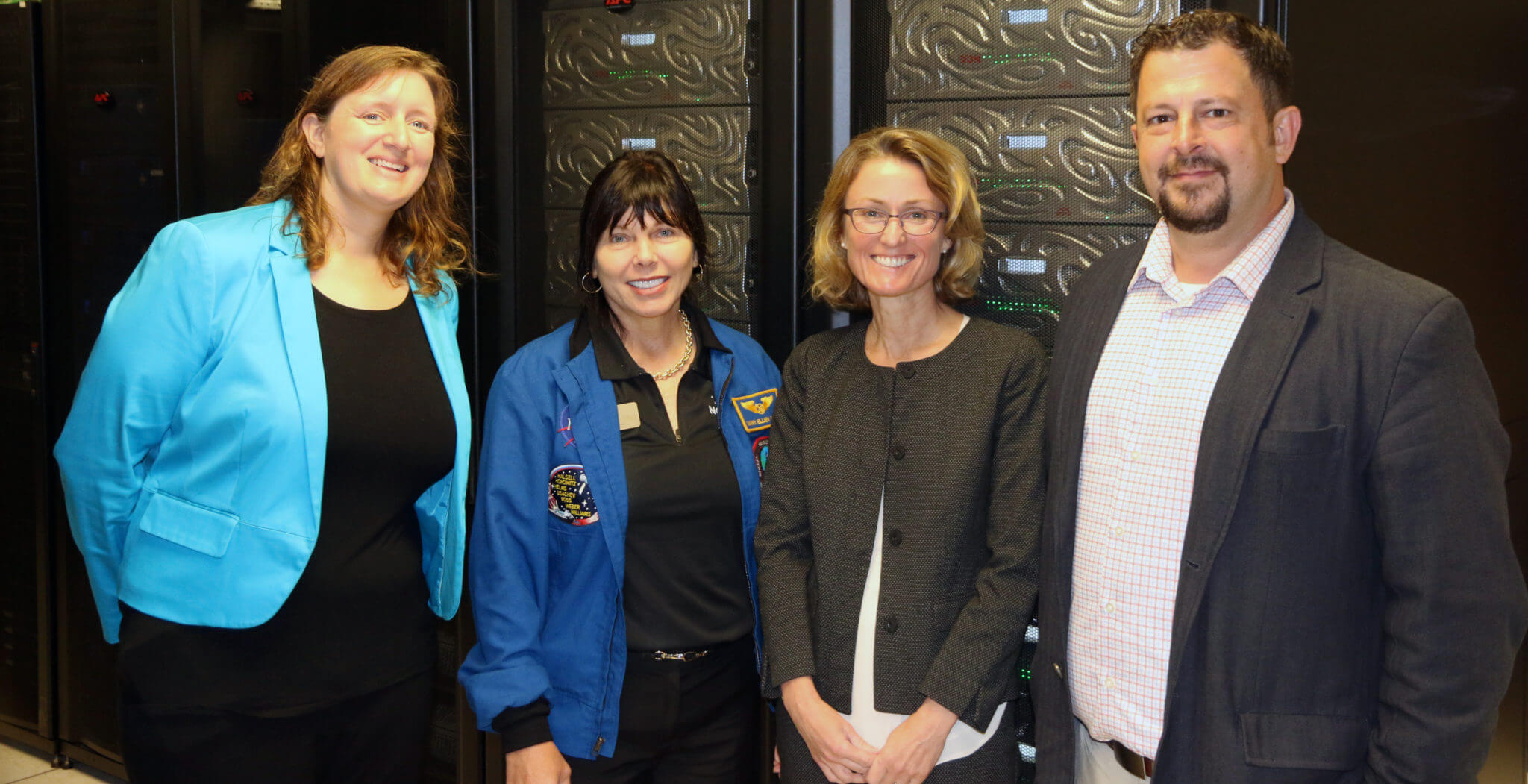 Weber is designed for research subject to export control regulations, such as EAR or ITAR, or that require compliance with NIST SP 800-171 standards. Purdue does a great deal of contract-based research with industry, the Department of Defense and other sponsors that falls under those controls.

She adds that the Weber cluster will position Purdue to be an even better partner to industry and the federal government, and will allow the university to grow the amount of controlled research done here.

Weber is a key part of Purdue’s Research Ecosystem for Encumbered Data, known as REED+, which will eventually include storage and computational tools for a variety of different kinds of regulated data.

Before the implementation of the Weber cluster, Purdue researchers with controlled data could use Amazon Web Services’ GovCloud, a cloud computing platform for secure government work. Weber is not only on campus and supported by ITaP experts, it’s also more cost-effective and similar to existing community cluster machines, reducing the start-up time for researchers who are already familiar with those computers.

“By moving from the stand-alone AWS environment to Weber and the REED+ ecosystem, we’re decreasing researchers’ time to science,” says Carolyn Ellis, ITaP program manager for controlled research, who led the implementation of the project.

Appropriately enough for a cluster that will enable cutting-edge national defense and space-related research, Weber is named for Astronaut Mary Ellen Weber, a Purdue alumna, engineer, scientist and skydiver, who flew on two Space Shuttle missions including one to the International Space Station.

Weber, who has worked as a business executive, consultant and speaker since leaving the Astronaut Corps, visited campus over Homecoming for Purdue’s astronaut reunion, where she toured the ITaP data center. It was a homecoming for her in more than one sense of the word, since she programmed – starting on punch cards – in the data center as an undergraduate. During her visit, she autographed an old-school punch card that will be displayed next to the Weber cluster.

When a faculty member receives a contract with NIST requirements, the Export Control and Research Information Assurance office will work with the researcher to put a plan for compliance into place, which will include access to Weber as necessary.

Anyone with questions about the Weber cluster or who expects to receive a contract that will require Weber should contact the Export Control office, exportcontrols@purdue.edu.