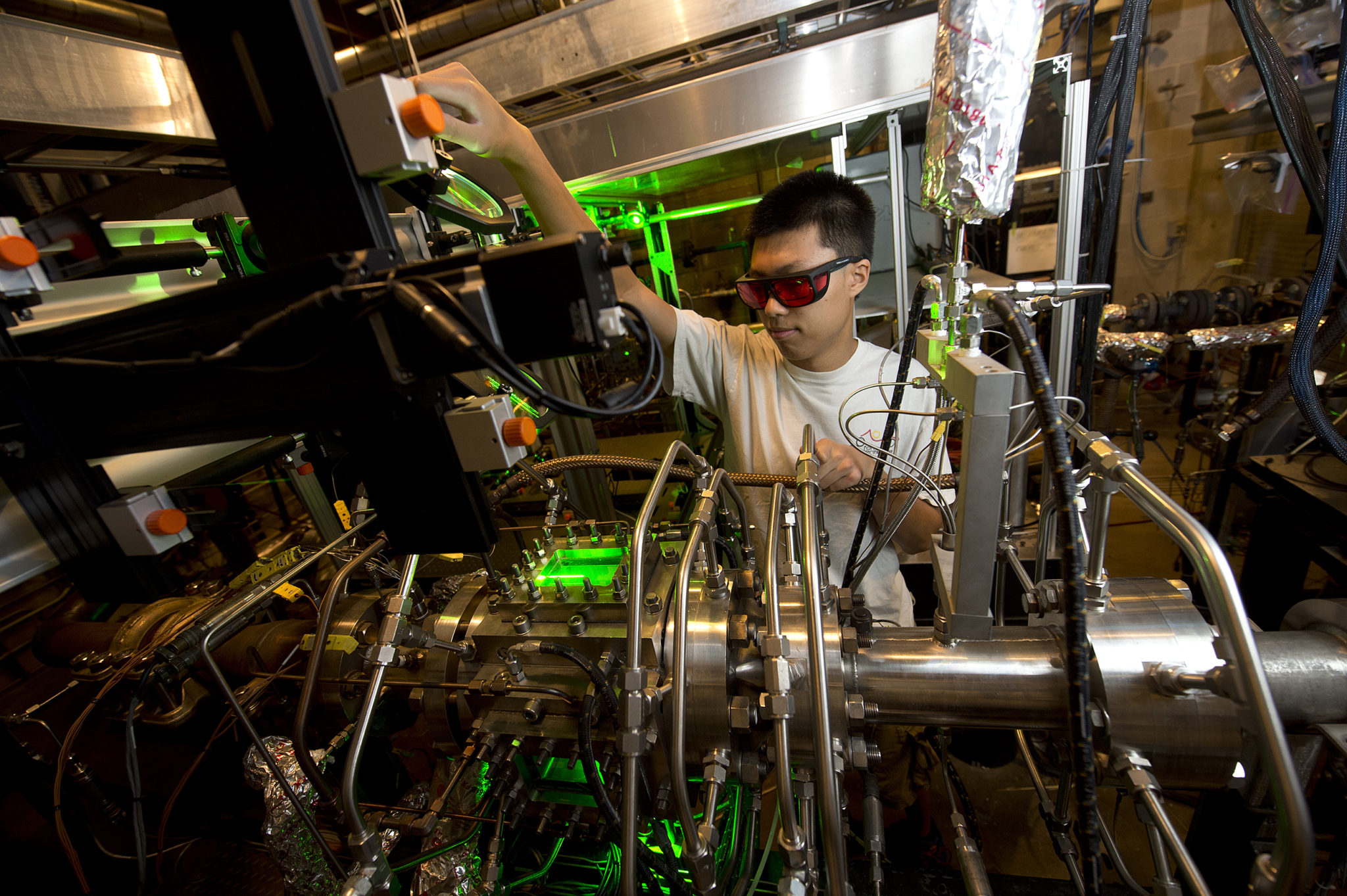 The record — the highest amount the university has ever attracted excluding the American Recovery and Reinvestment Act funds — reflects the quality, creativity and tenacity of Purdue faculty, said Suresh Garimella, Purdue’s executive vice president for research and partnerships and the Goodson Distinguished Professor of Mechanical Engineering.

“Our faculty, staff and students continue to build on research contributions by not only successfully securing increased federal grant funding but also helping us attract new corporate partners,” Garimella said. “In just the last year alone, we have penned historic agreements with such giants as Eli Lilly and Co., Rolls Royce, Microsoft Corp. and Ford Motor Co. This is only possible because of the tremendous talent of Purdue researchers and the availability of advanced facilities and infrastructure for high-level, innovative research.”

The Zucrow laboratories is the nation’s largest university propulsion laboratory and has conducted research on rockets and jet engines for NASA, the United States Air Force and private companies for many decades. The Rolls-Royce and the Indiana Economic Development Corporation partnered to fund $24 million to strengthen the state’s leadership position in aerospace through the development of new jet engine technology, adding to the previously announced six-year, $33 million partnership with Rolls-Royce. “The capabilities offered by the Zucrow Laboratories were essential to the Rolls-Royce partnership,” Garimella said.

Garimella added that the Birck Nanotechnology Center in Discovery Park, with complete suites of micro- and nano-electronics fabrication and testing equipment, played a role in attracting the Microsoft Corp. to fund a multi-year, multi-million dollar project to build a robust and scalable quantum computer.

“Continued success as we enter a new fiscal year bodes well with last week’s multi-year funding announcement of $19.75 million from the National Science Foundation for an engineering research center, the Center for Innovative and Strategic Transformation of Alkane Resources (CISTAR), and the partnership announcement last month with the IT global giant, Infosys, to build a strategic alliance for technology innovation and U.S. workforce development. It is the combination of Purdue’s top-notch researchers and the sophisticated equipment that brings world-class partnerships to our door,” Garimella said.