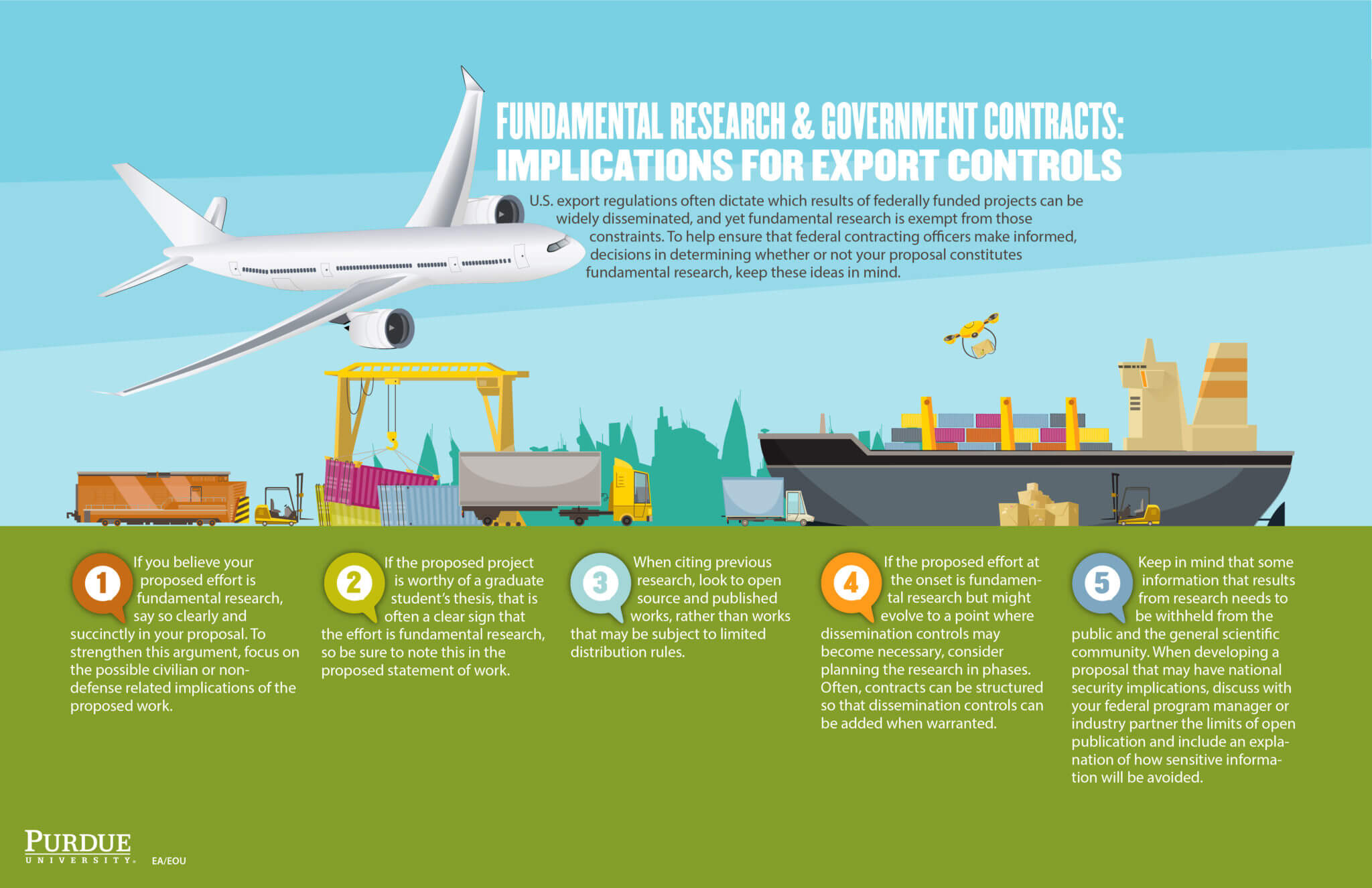 “Publish or perish” is not simply a catch phrase for faculty seeking tenure. It is a reality for science in general. The act of sharing research results in academic journals and at scientific conferences is a vital component of the pursuit and validation of research. This openness and transparency in research allows scientists from around the globe to work together and advance science faster and more efficiently than would ever be possible if scientists and researchers worked alone.

This inherent fact is exactly why the Reagan administration issued in September of 1985 the National Security Decision Directive 189 – National Policy on Transfer of Scientific, Technical and Engineering Information. With the NSDD 189, the federal government codified the definition of Fundamental Research[i], and confirmed the real need to ensure that the results of fundamental research be free and unfettered from dissemination controls. Decades later, in May 2010, the Department of Defense reaffirmed this decision, in a memorandum issued by then Secretary of Defense Ashton Carter: “The Department of Defense (DoD) fully supports free scientific exchanges and dissemination of research results to the maximum extent possible.”

Besides limiting the ability to share, dissemination (publication) controls will often create the secondary consequence of limiting who can work on the affected funded projects. Due to the impact of the federal export control regulations[ii] and new cybersecurity regulations[iii], a publication approval clause in a contract might mean the principal investigator can only include on his or her project team U.S. persons[iv] or may require extensive and, in many cases expensive, cybersecurity controls. For today’s cost-conscience, research-intensive universities that do a tremendous amount of federally funded research and often have a robust and international workforce, achieving the delicate balance between preserving both national security and the necessary right to appropriately share their research can be difficult, but essential.

What are some steps that a researcher can take to ensure that this balance is accurately achieved? Keep in mind that in today’s federal regulations, the authority to confirm what is or is not fundamental research is often left to a federal contracting officer, who is probably not a subject matter expert on the proposed science. A researcher can, however, take some deliberate steps to assist that contracting officer in making an informed, nuanced decision. Here are a few suggestions:

While taking these steps might not totally prevent the imposition of dissemination controls on the results of your research, they will strengthen the argument that the work should be free from such limitations.

Should your resulting award come with controls, the Export Control and Research Information Assurance Office within the Office of the Executive Vice President for Research and Partnerships will assist you in designing the plan necessary to meet those controls.  For additional information, you can contact us at exportcontrols@purdue.edu, or by visiting our website.

[i] “Fundamental research means basic and applied research in science and engineering, the results of which ordinarily are published and shared broadly within the scientific community, as distinguished from proprietary research and from Industrial development, design, production, and product utilization, the results of which ordinarily are restricted for proprietary or national security reason.” NSDD-189, September 21, 1985