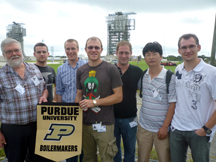 WEST LAFAYETTE, Ind. — Forty-two years after alumnus Neil Armstrong was the first to set foot on the moon's surface, a Purdue University professor is part of a NASA lunar mission set to reveal what lies beneath from crust to core.

Jay Melosh, a distinguished professor of earth and atmospheric sciences and physics, is a member of the science team for the unmanned Gravity Recovery and Interior Laboratory, or GRAIL, mission that is set to launch at 8:29 a.m. Saturday (Sept. 10) from the Cape Canaveral Air Force Station in Florida.

The moon can tell us a lot about how the Earth began and the early processes that form the surface of a planet, he said.

"The moon is somewhat of an example of an early Earth frozen in time and gives a glimpse of our ancient past," Melosh said. "We think the two initially formed a crust in the same way, from a global ocean of melted rock, but the moon soon died because it was too small and cold. What we learn from this mission could hold clues to how the Earth's continents and oceans formed, and perhaps even the origin of life."

GRAIL will fly twin satellites in tandem orbits one behind the other around the moon for several months to map the gravity field in unprecedented detail and reveal subsurface structures. Variations in the gravitational pull as the satellites fly about 50 kilometers from the surface reveal distributions of mass and, in essence, provide an X-ray of the moon.

Earlier studies have shown that the moon has a lumpy and uneven field of gravity caused by huge mass concentrations on and under the surface. It is thought that these concentrations were created by ancient asteroid impacts. 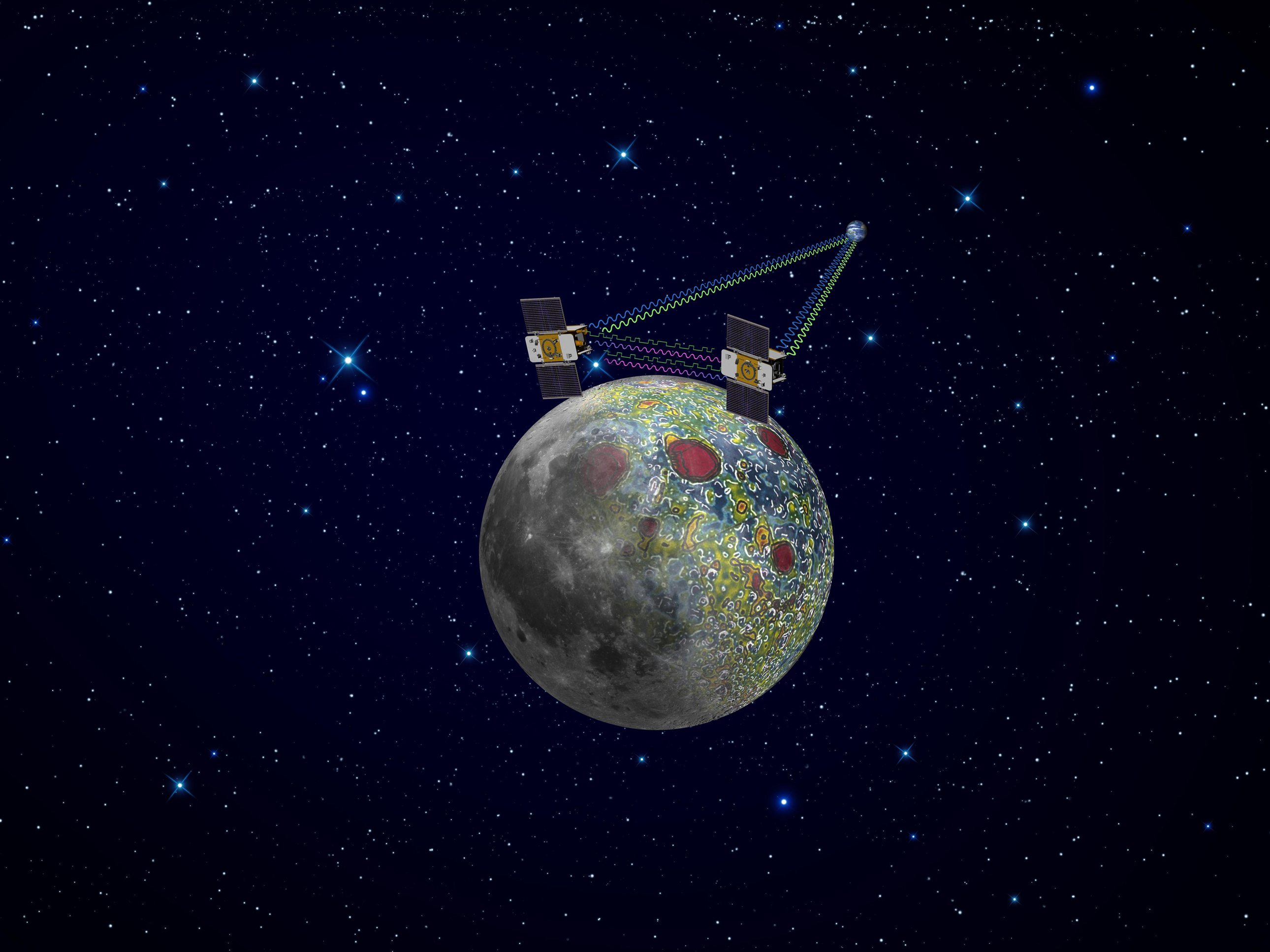 Melosh is an expert on impact cratering and will be involved in the analysis and modeling of these mass concentrations and the subsurface structures of the craters scattered across the moon's surface. The craters left behind by an impact provide insight into the composition of the moon, such as the thickness of the crust and its temperature at the time of impact. Learning more about the mechanics of their formation will help explain how planets respond to large impacts, how they influence crust formation and the early processes that form the surface of a planet, he said.

"It's not enough to see just the outside of a planet, it is also important to understand what is inside," Melosh said. "It will be a thrill to discover what is underneath the craters and multi-ringed basins we can see from our backyards. These make up the main structure of the moon's surface and tell the tale of meteorite bombardment and massive collisions that once dominated its existence."

Data from the GRAIL mission also will help resolve some of the outstanding issues and questions that surround theories of how the moon was formed. Melosh's group is currently working on a model to examine the idea that the moon was born in a collision between the Earth and a giant chunk of ice, as opposed to a rocky projectile, as proposed in current models.

Jordan Kendall, a graduate student in the Department of Physics, will assist Melosh as he uses data from the mission to add new components and detailed calculations to models of impact cratering.

"Being able to see something as monumental as a spacecraft launch and to be involved with such a project is very inspirational," Kendall said. "There are far more interesting missions with unmanned probes than people are aware. We are in an incredible era of space exploration."

It will take the satellites one month to complete an orbit of the moon, and three mapping cycles are planned for the mission. The satellites are expected to reach the moon in December.

Two satellites are needed to capture precise data while on the far side of the moon when there will be no line of sight with equipment on Earth to measure the slight tugs from gravity anomalies. Instruments onboard the satellites will measure the distance between the two and detect any changes down to a fraction of one millimeter. The distance will fluctuate as each satellite's speed is altered by variations in gravitational pull caused by masses beneath the surface.

In addition to Kendall, graduate students attending the launch include Tim Bowling from the earth and atmospheric sciences department, Loic Chappaz from the School of Aeronautics and Astronautics, Brandon Johnson and Jordan Steckloff from the physics department, and Zongyu Yue, a visiting scholar from China.

Young students from across the nation also will be playing a role in the GRAIL mission as they will be given control of some of the cameras onboard the satellites. Sally Ride, America's first woman in space, leads the outreach program called Moon Knowledge Acquired by Middle school students or MoonKAM. Through the program, students can request that special cameras on the satellites take photos of specific areas of the lunar surface. The photos will then be made available on the MoonKAM website.

"I've wanted to see a launch since I was a little kid, and I built my first rocket when I was 5," Steckloff said. "If it weren't for these missions and their ability to capture one's imagination, I probably wouldn't be studying science today."