WEST LAFAYETTE, Ind. - Purdue has received $14.9 million in funding from the National Institutes of Health to expand Discovery Park's Bindley Bioscience Center for growing its cancer and life sciences research.

The NIH's National Center for Research Resources is awarding the money through a federal stimulus measure for the 29,000-square-foot expansion to establish the Multidisciplinary Cancer Research Facility at Purdue. The addition will house investigators from the National Cancer Institute-designated Purdue University Center for Cancer Research to work on innovative animal models of disease, development of new therapeutics and in-vivo animal imaging.

"This major Bindley Bioscience Center expansion addresses a critical need for disease researchers from across multiple disciplines at Purdue," said biology professor Richard Kuhn, director of the Bindley Bioscience Center and head of the Department of Biological Sciences. "This also builds on the university's strengths in cancer research, drug discovery and development, engineering, chemistry and instrumentation, and veterinary medicine with a disease research-focused, multidisciplinary facility for biomedical research."

Thirty to 40 new positions will be created to direct and carry out federally funded research activities at the facility, which will be designed to achieve silver level Leadership in Energy and Environmental Design (LEED) certification, Kuhn said.

Planning and project design for the addition on the south side of the existing building is already under way, Kuhn said. About 165 jobs also will be created during construction, which is expected to begin in August 2011. Completion is tentatively set for April 2013. 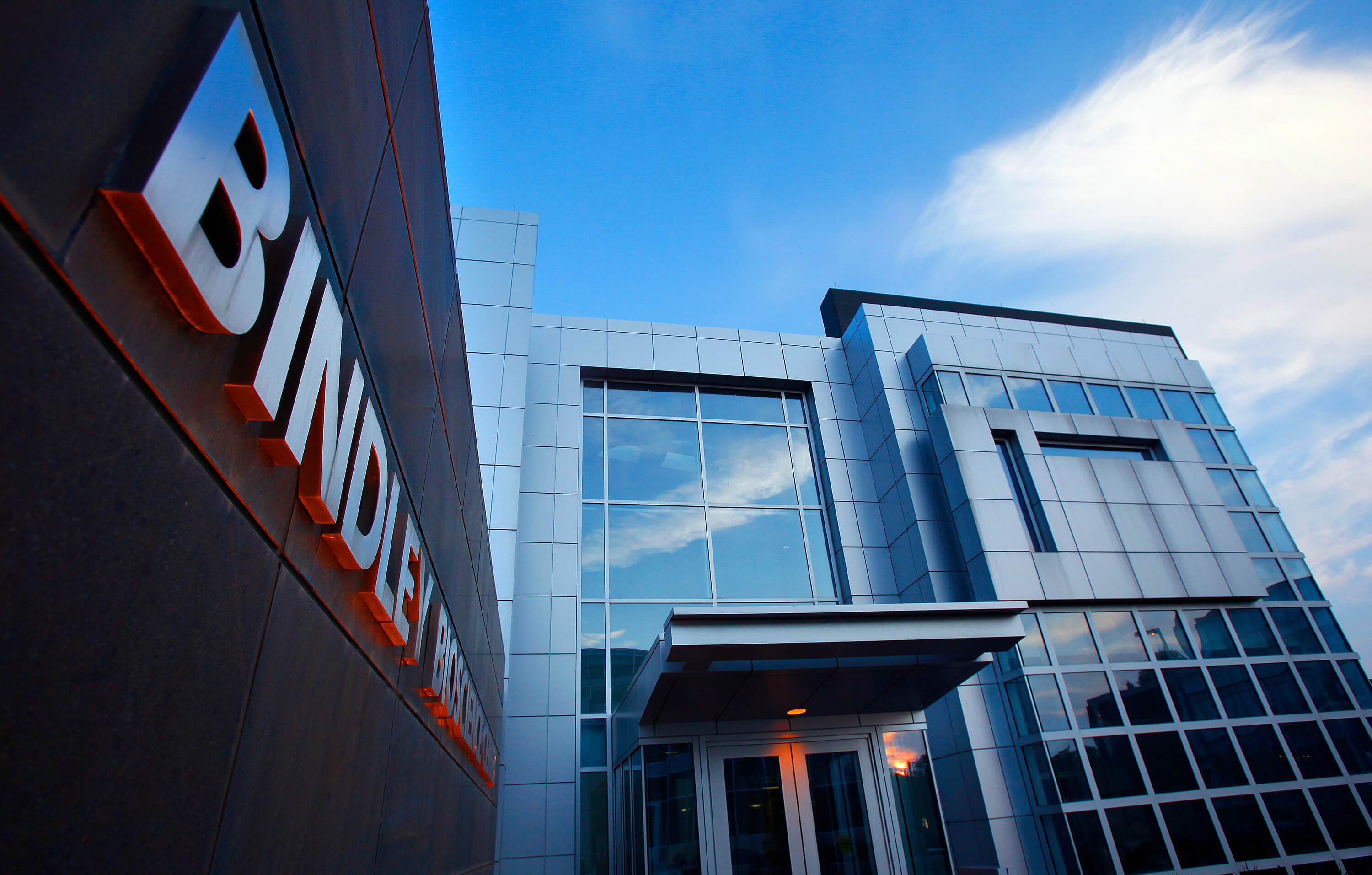 The $15 million Bindley Bioscience Center, which first opened to Discovery Park researchers in October 2005, will see its research space grow by 60 percent when the federally funded expansion is completed 2013. (Purdue University photo/Andrew Hancock)

With Bindley's proximity to the Birck Nanotechnology Center, the addition also broadens Purdue's efforts in nanomedicine, which uses nanotechnology for advancing diagnosis and treatment of cancer and other diseases, Ratliff said.

Bindley Bioscience Center is named for 1962 Purdue graduate William E. Bindley, who in 2002 contributed $52.5 million to the university. Bindley designated $7.5 million of his gift to cover half the cost of the two-story, 50,000-square-foot research facility, with the rest funded by earnings from unrestricted endowments. The center opened to researchers in October 2005.

The Purdue University Center for Cancer Research, one of only seven basic science NCI-designated cancer centers, will begin its 32nd year of NCI funding in July 2010.