WEST LAFAYETTE, Ind. - Decreasing or increasing the function of a newly discovered gene in corn may increase vitamin A content and have significant implications for reducing childhood blindness and mortality rates, according to a Purdue University-led study.

Torbert Rocheford, the Patterson Endowed Chair of Translational Genomics and professor of agronomy at Purdue, led the study that made findings in yellow and particularly orange corn, a type he said likely originated in the Caribbean and is popular in some Asian and South American countries as well as in northern . The orange color comes from relatively higher levels of carotenoids, one of which is beta-carotene. Humans convert beta-carotene, which also is abundant in carrots, into vitamin A during digestion.

Between 250,000 and 500,000 children – mostly in Africa and Southeast Asia - go blind each year because of vitamin A deficiency, according to the World Health Organization. Half of those children will die within a year of going blind. Rocheford said increasing beta-carotene levels in cereal grains, such as corn, is an economical approach to addressing these deficiencies in developing countries. 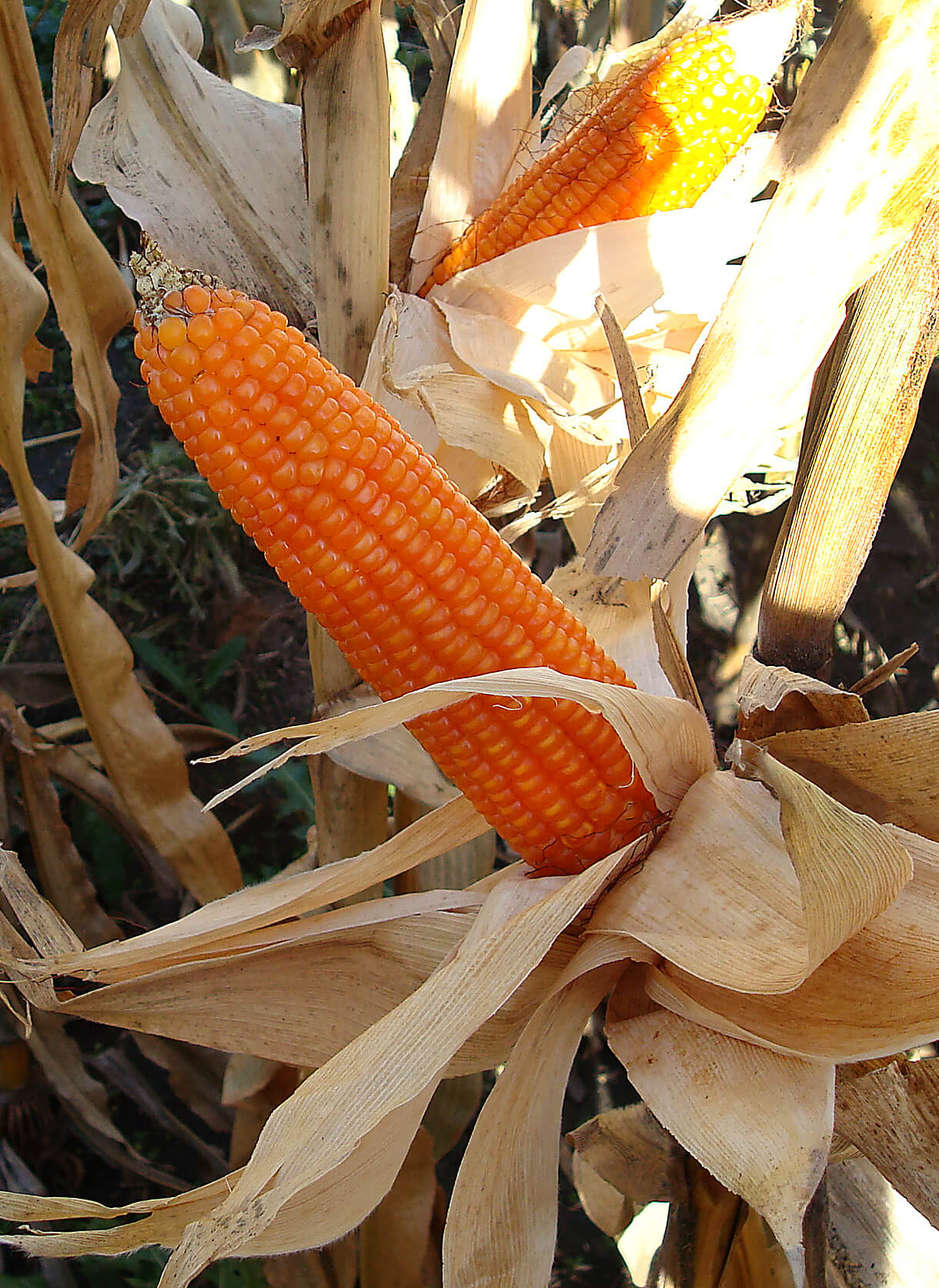 "Because of this, selecting a form of the gene that does not have much activity causes beta-carotene to build up," said Rocheford, whose findings were published in the journal Nature Genetics. "We're have started to move the favorable 'weak' allele into breeding materials."

Conversely, "strong alleles" increasing crtR-B1 function boost the hydroxylation process, which creates more zeaxanthin. Zeaxanthin is a micronutrient that could protect against macular degeneration, the leading cause of blindness in people over 55 in Western industrialized nations, according to the American Macular Degeneration Foundation.

Zeaxanthin makes up 75 percent of the central macula in human eyes, according to the AMDF, and data show that macular pigment increases through dietary supplements.

Rocheford said the findings are encouraging for addressing problems in both developed and developing nations.

"It's like a designer gene. We can select one version for the U.S. population to increase zeaxanthin and a different version to increase beta-carotene for the needs of the developing world," he said.

Rocheford's research will continue to look for ways to improve the nutrient profile of orange corn through simple visual selection and more advanced DNA and compound analyses. He said further efforts would focus on other genes that also hold promise to increase pro-vitamin A in corn.

Another challenge, he admits, would be introducing a new variety of corn to consumers.

"The U.S. only grows yellow and white corn, and Africa largely grows white corn," Rocheford said. "But parts of the world – some parts of Asia and South America – actually prefer orange corn."

Rocheford recently returned from a meeting in Zambia and saw an initial indication of consumer acceptance of orange corn there. He also stopped in northern Italy where orange corn is used for polenta, a sign that acceptance is possible in the developed world as well.

The U.S. Agency for International Development and HarvestPlus funded Rocheford's contributions to the research. Other agencies, such as the U.S. Department of Agriculture and the National Science Foundation funded the research of Rocheford's collaborators.

Breeding to increase ß-carotene levels in cereal grains, termed provitamin A biofortification, is an economical approach to address dietary vitamin A deficiency in the developing world. Experimental evidence from association and linkage populations in maize (Zea mays) demonstrate that the gene encoding ß-carotene hydroxylase 1 (crtRB1) underlies a principal quantitative trait locus associated with ß-carotene concentration and conversion in maize kernels. crtRB1 alleles associated with reduced transcript expression correlate with higher ß-carotene concentrations. Genetic variation at crtRB1 also affects hydroxylation efficiency among encoded allozymes, as observed by resultant carotenoid profiles in recombinant expression assays. The most favorable crtRB1 alleles, rare in frequency and unique to temperate germplasm, are being introgressed via inexpensive PCR marker-assisted selection into tropical maize germplasm adapted to developing countries, where it is most needed for human health.