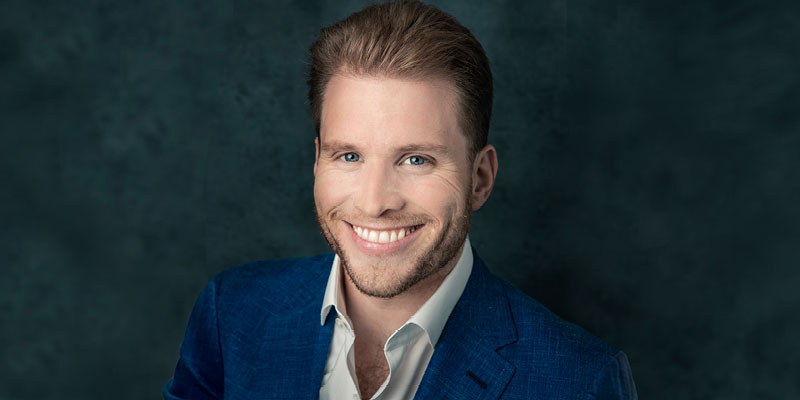 The event, titled “A Conversation on Innovation With Entrepreneur, Investor and Philanthropist Joe Lonsdale,” is free and open to the public. Sponsored by the Purdue President’s Council, the event also will be livestreamed.

Lonsdale, 40, is a leading technology entrepreneur and investor who became the youngest member included in the Forbes Midas List of the world’s 100 best venture capitalists in 2016 and 2017. Lonsdale is managing partner at 8VC, a U.S.-based venture capital firm that manages several billion dollars in committed capital.

In 2021 he became a founding trustee of the University of Austin, a new university in Texas.

Before focusing on institutional investing, Lonsdale co-founded Palantir, a global software firm known for its work in defense and other industries, as well as for providing the platform to manage the COVID-19 pandemic status and response for assisting key decision-makers in over 35 countries.

“There is nobody Purdue admires more than innovators, inventors and those who challenge conventional wisdom,” Daniels said. “We’ll get all that and more when Joe Lonsdale comes to visit.”

After launching Palantir, Lonsdale founded and remains chairman of both Addepar, which has in excess of $4 trillion on its wealth management technology platform, and OpenGov, which provides software for over 2,000 municipalities and state agencies.

More recently, he co-founded Affinity, Epirus, Resilience and other mission-driven technology companies, which he continues to create with his team from the 8VC Build program.

Lonsdale sits on the board of the Ronald Reagan Presidential Foundation & Institute and also is an advisor to a range of other nonprofit ventures.

He began his career as an early executive at Clarium Capital, which he helped grow into a large, global macro-hedge fund. Lonsdale also worked at PayPal while attending Stanford University.

Lonsdale and his wife, Tayler, are active in a variety of philanthropic and institutional pursuits, including support for liberty in public policy, the classical arts and health care innovation. In 2018 they founded the nonpartisan Cicero Institute, which crafts and advances policies to promote transparent and accountable governance in over a dozen states.

Very early into Daniels’ tenure at Purdue, the university opened the rules for its policy governing intellectual property. That means students and faculty inventors now own their innovations, fostering and incentivizing a culture of entrepreneurship that extends from the newest first-year student to the most senior faculty member.

And the innovations on campus have followed. Purdue Research Foundation received 169 patents in 2021, ranking sixth internationally and first in the state of Indiana and the Big Ten. That mirrors Purdue’s No. 6 ranking in 2020, when PRF received 175 utility patents. In addition, the mission of the Burton D. Morgan Center for Entrepreneurship in Discovery Park District at Purdue is to support innovative programs, activities and business-plan competitions and to provide the resources for moving student and faculty ideas to the marketplace.