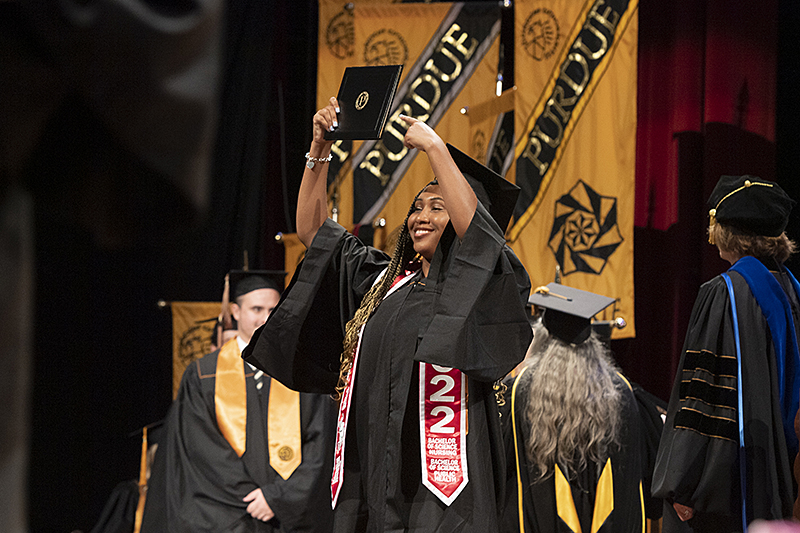 Eligible to participate in the ceremonies were 1,699 students – 510 undergraduate, 756 master’s, 407 Ph.D. and 26 professional program candidates. Two posthumous degrees were conferred: a Master of Science to Elif Ilkel from the Brian Lamb School of Communication, and a Bachelor of Science to John Zachary Linzey from Purdue Polytechnic Institute. 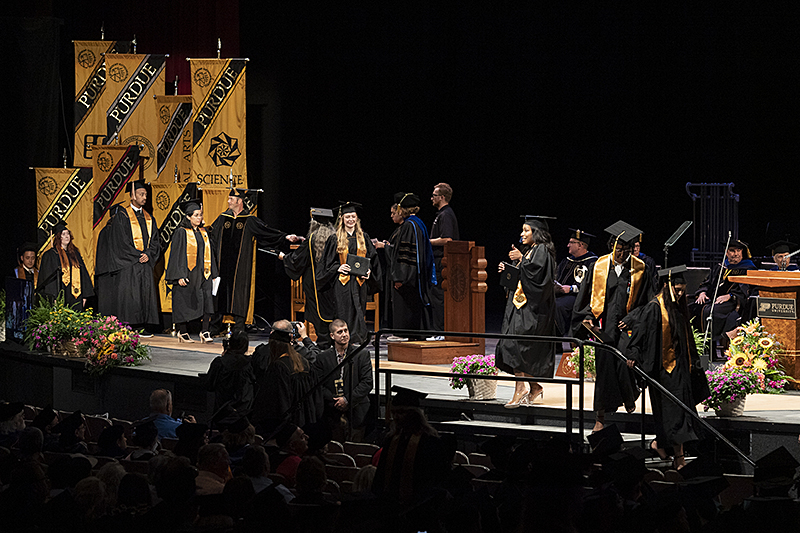 Kearns serves as the director of the U.S. Department of Energy’s Argonne National Laboratory. He manages a growing multidisciplinary science and engineering research center with a $1.2 billion diversified research portfolio and more than 3,300 employees, 8,000 facility users and 800 visiting researchers. Kearns served as Argonne’s chief operations officer from 2010-17. He is a fellow of the American Association for the Advancement of Science. He serves on the DOE National Laboratory Directors’ Council and the U.S. Council on Competitiveness’ National Commission on Innovation and Competitiveness Frontiers. He has doctorate and master’s degrees in bionucleonics and a bachelor’s degree in natural resources and environmental sciences, all from Purdue.

Chapple received his Bachelor of Science and Master of Science degrees in botany and his Ph.D. in chemistry from the University of Guelph. Following his postdoctoral research at Michigan State University in the DOE Plant Research Lab, he joined Purdue. He served as biochemistry department head from 2008-15. From 2015-20, he served as director of the Purdue Center for Plant Biology. He has received numerous awards, including being named a fellow of the American Association for the Advancement of Science, a fellow of the American Association of Plant Biologists and a member of the National Academy of Sciences.

William Raymer gave the student response at the morning ceremony. Raymer received his Master of Science in industrial engineering. Raymer grew up in the Democratic Republic of the Congo before moving to Utah at the age of 16. He earned a bachelor’s degree in mathematics and statistics (composite) from Utah State University and was a member of the Air Force Reserve Officer Training Corps. He was selected to become an officer in the U.S. Space Force. Raymer will continue as a Ph.D. student at Purdue in the fall and, upon graduation, will serve as a space operations officer with the U.S. Space Force.


Note to journalists: Images of the commencement speakers are available via a Google Drive. Journalists interested in covering the commencement ceremonies can contact Matthew Oates at oatesw@purdue.edu to arrange for event credentials.