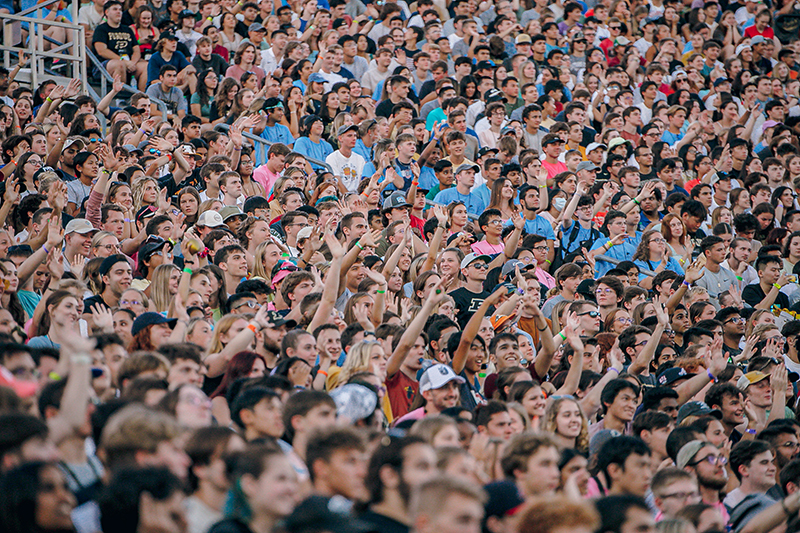 WEST LAFAYETTE, Ind. — Growing up in Indianapolis, Victor Chukwuocha dreamed of becoming an engineer and an entrepreneur.

Chukwuocha and the 50,000-plus students at Purdue University this year who are persistently pursuing a Purdue education have been influenced and shaped by several strategic decisions made by Purdue’s Board of Trustees and President Mitch Daniels.

One of those decisions that most directly impacted Chukwuocha’s dream was Daniels’ 2016 announcement of plans to create a network of Purdue Polytechnic High Schools across the state. The schools would recruit and prepare students from areas such as Indianapolis that struggle to produce graduates ready for and interested in a Purdue education. The number of new students arriving at Purdue from the entire Indianapolis Public Schools system in 2016 was just 12, and only five of those were Black. Including PPHS, IPS now sends 35 more students to Purdue annually, and Chukwuocha is one of the almost 60 PPHS students from the public charter school’s first two graduating classes now attending Purdue.

Another decision was to grow the university – both in strategic academic areas and student enrollment. Paraphrasing another academic leader, Daniels declared in 2015, “We shouldn’t seek to be known by how many we turn down but by how many we turn out.” What proceeded was a rapid expansion of enrollment and an increase in the number of Indiana residents offered admission to Purdue by about 350 more annually, and the number accepting that offer and enrolling at Purdue reached new highs. 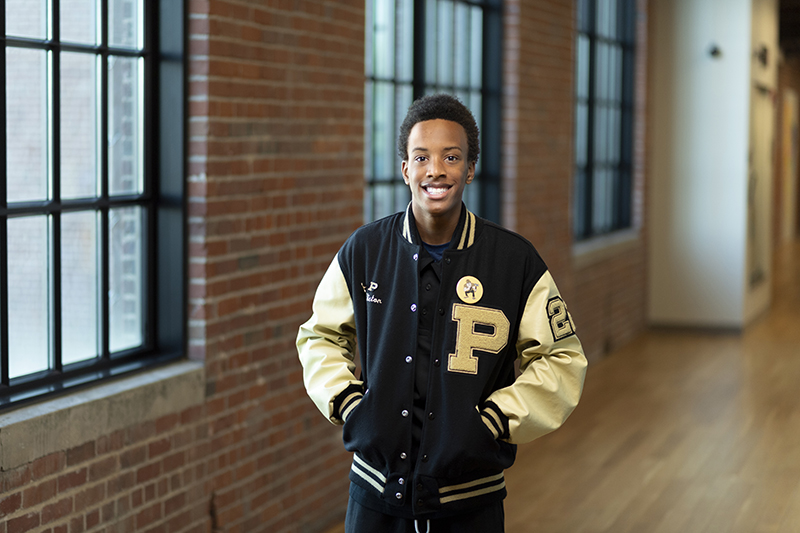 Chukwuocha is part of the largest student body on Purdue’s West Lafayette campus in history. This fall, total enrollment reached a record 50,884 students – just topping last year’s 49,639 students – and marked the university’s eighth straight record high. This includes 37,949 undergrads – also a record. The incoming freshman class is 9,354, still one of Purdue’s largest but smaller than last year’s record of 10,191, by intent.

Purdue admissions officers and recruiters have delivered this growth without diminishing the preparedness of incoming Boilermakers. Purdue received 68,309 applications for the fall of 2022, 28,284 more than in 2014, when Purdue switched to the Common Application, and 37,093 more than when Daniels arrived. The average new student in Fall 2022 had a 3.74 GPA, an average SAT total of 1317 and an average ACT composite of 29.8. New, admitted students had an average SAT and ACT disclosure rate of 82.4%.

Purdue’s commitment to affordability, highlighted by 11 years of frozen tuition and savings of more than $1 billion dollars for families since 2012-13, has played a central role. But investments in quality have also been key, as has a rising national profile as a top national university.

To keep pace with the enrollment growth, Purdue has added more student housing and expanded the faculty each year, with 213 faculty hired this fall, the largest group of hires in university history.

In addition to the growing number of applicants for enrollment from across the country, evidence of Purdue’s enhanced national profile include being the only university named a “Brand That Matters” by Fast Company magazine, a No. 4 ranking as the most trusted public university in the country, and a top 3 ranking as a university that protects free speech and open inquiry. U.S. News & World Report also ranks Purdue as one of the most innovative schools in the country in addition to ranking numerous academic programs highly.

Even with the national spotlight, Purdue continues to serve students from Indiana. In fact, nearly every Indiana resident who completed an application received an enrollment offer somewhere in the Purdue system, and over 75% were offered a place at West Lafayette.

Purdue’s minority enrollment continues to grow, with 4,326 underrepresented minority undergraduates representing 12.8% of domestic enrollment. 10,108, or 30%, of domestic undergraduates are U.S. minorities, which include Asian American students. This is an increase of 13.6% over the 4,140 enrolled in 2012.

Purdue Polytechnic High Schools, like the one Chukwuocha attended on Indianapolis’ east side, are intended to recruit and prepare underrepresented students. PPHS now enrolls more than 1,000 students across three locations, with a fourth location planned. To further diversify Purdue, the university is also working with the Posse Foundation, which helped bring 11 students from northwestern and northern Indiana to Purdue in this first year of collaboration.

Another focus of Purdue is increasing the number of degrees in science, technology, engineering and math disciplines. In 2022, 71% of undergraduate degree recipients received a STEM degree, up from 44% in 2010. With enrollment growth, Purdue has also seen the growth in the number of degrees conferred, with the largest increase in number in baccalaureate degrees. In 2012-13, Purdue conferred 9,704 degrees. In 2021-22, Purdue conferred 12,943 degrees.

Purdue Global, the university’s accredited and affordable online solution designed for the working adult with life experience and often some college credit, but no degree, reported an enrollment of 34,246 for September 2022.

“We are excited to welcome this record-setting number of students to campus this year. With more than 100,000 students overall across the Purdue system and including Purdue Global, the demand is still strong for a Purdue education. The number of applicants for our programs continue to rise year-on-year. Also, some of our other efforts through early outreach coordinators are ensuring that Purdue’s profile remains top of mind for talented young students.”

“Our Fall 2022 enrollment is a clear demonstration that students and their families see Purdue as an exceptional educational value. Our commitments to outstanding teaching and experiential education and the resulting nationally ranked programs, combined with our commitment to an affordable and accessible education, are bringing record numbers to West Lafayette. And the most exciting part is thinking about the mark these Boilermakers will leave on our world after they complete their studies here.”


Note to journalists: High-resolution photos and b-roll video are available for media use via Google Drive.