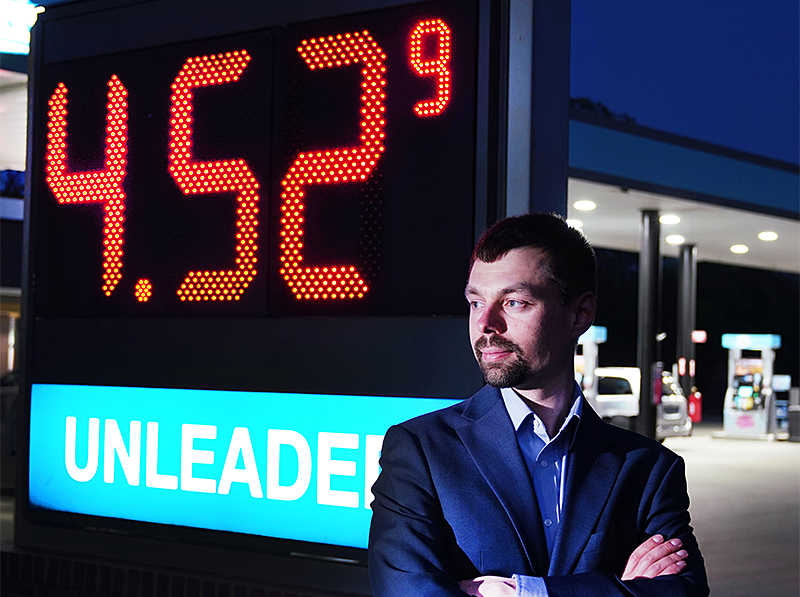 WEST LAFAYETTE, Ind. — Maksym Chepeliev began his career focused on global trade and a pathway to alternative energy when environmental concerns dominated the conversation. In February, Russia invaded his home country of Ukraine, and his life changed. His work and expertise took on new importance, informing energy sanctions and the potential economic impacts of the war.

Chepeliev, a research economist in Purdue University’s College of Agriculture, spoke before the European Parliament and co-authored the World Bank report “The Impact of the War in Ukraine on Global Trade and Investment.”

“First, we want this terrible war to end, and Russian energy exports are a target for applying pressure,” said Chepeliev, a member of Purdue’s Center for Global Trade Analysis. “But we must consider the economic impact across the world of energy sanctions and of continued war. This is where our research and that of others is needed to show steps that can be taken to protect economies and the people most vulnerable to disruptions.”

Chepeliev co-authored with World Bank colleagues a VoxEU article based on his contributions to the report titled “Agricultural and Energy Importers in the Developing World Are Hit Hardest by the Ukraine War’s Economic Fallout.” He also contributed to a previous World Bank report, “Braving the Storms,” in which he assessed the potential impacts of war in Ukraine on countries in East Asia and the Pacific region.

“The Russian invasion of Ukraine is disrupting global supplies of oil, gas, wheat, corn, fertilizer, sunflower oil and other essential commodities,” he said. “We looked at trade, supply chains and incomes across the globe. While all consumers will be worse off because of the war, developing countries and the poorest people will be hit the hardest. It is very important to identify who is most vulnerable and to propose policies and steps that can be taken to protect them.”

“There are economic mechanisms that can help smooth transitions like this and make them manageable,” Chepeliev said. “Through our research we showed potential steps that can be done to implement a ban on energy imports from Russia, while incorporating substitute suppliers and alternative energy sources to reduce the shock to the economy.”

The assessment also showed potential long-term benefits to moving into renewable and alternative fuels, which is an extension of his earlier career research and environmental energy expertise.

“We found with increasing fuel prices, solar and wind shares increase, which leads to reduced emissions of air pollutants,” he said. “Air pollution is a major cause of mortality and morbidity in the European Union. In addition, these changes would support achievement of the mitigation goals that have been set of reducing greenhouse gases by 55 percent by 2030. It will be difficult, but there are long-term benefits.”

Chepeliev contributes to the development of the widely used GTAP Data Base, which the team used for their energy bans analysis and other assessment projects related to the war in Ukraine. He also is developing other databases unrelated to the war that focus on energy, agriculture, air pollution, nutrition and circular economy.

“I want to combine these databases with policy-relevant work to help those making decisions that impact our world,” he said. “My experience presenting to the European Parliament and other decision-makers is an example of the role academic researchers can play.”