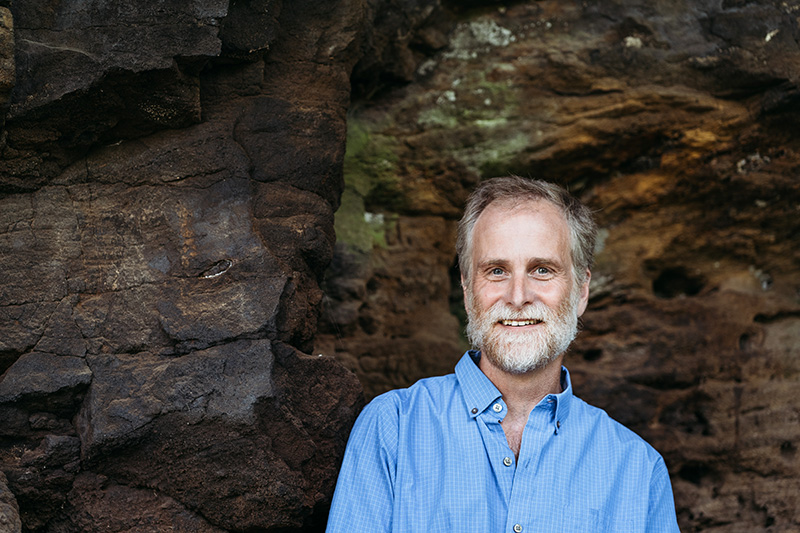 WEST LAFAYETTE, Ind. — The earth doesn’t give up its secrets easily – not even in the “Cradle of Humankind” in South Africa, where a wealth of fossils relating to human evolution have been found.

For decades, scientists have studied these fossils of early human ancestors and their long-lost relatives. Now, a dating method developed by a Purdue University geologist just pushed the age of some of these fossils found at the site of Sterkfontein Caves back more than a million years. This would make them older than Dinkinesh, also called Lucy, the world’s most famous Australopithecus fossil.

The “Cradle of Humankind” is a UNESCO World Heritage Site in South Africa that comprises a variety of fossil-bearing cave deposits, including at Sterkfontein Caves. Sterkfontein was made famous by the discovery of the first adult Australopithecus, an ancient hominin, in 1936. Hominins includes humans and our ancestral relatives, but not the other great apes. Since then, hundreds of Australopithecus fossils have been found there, including the well-known Mrs. Ples, and the nearly complete skeleton known as Little Foot. Paleoanthropologists and other scientists have studied Sterkfontein and other cave sites in the Cradle of Humankind for decades to shed light on human and environmental evolution over the past 4 million years.

Darryl Granger, a professor of earth, atmospheric, and planetary sciences in Purdue University’s College of Science, is one of those scientists, working as part of an international team. Granger specializes in dating geologic deposits, including those in caves. As a doctoral student, he devised a method for dating buried cave sediments that is now used by researchers all over the world. His previous work at Sterkfontein dated the Little Foot skeleton to about 3.7 million years old, but scientists are still debating the age of other fossils at the site.

Sterkfontein is a deep and complex cave system that preserves a long history of hominin occupation of the area. Understanding the dates of the fossils here can be tricky, as rocks and bones tumbled to the bottom of a deep hole in the ground, and there are few ways to date cave sediments.

In East Africa, where many hominin fossils have been found, the Great Rift Valley volcanoes lay down layers of ash that can be dated. Researchers use those layers to estimate how old a fossil is. In South Africa – especially in a cave – the scientists don’t have that luxury. They typically use other animal fossils found around the bones to estimate their age or calcite flowstone deposited in the cave. But bones can shift in the cave, and young flowstone can be deposited in old sediment, making those methods potentially incorrect. A more accurate method is to date the actual rocks in which the fossils were found. The concrete-like matrix that embeds the fossil, called breccia, is the material Granger and his team analyze.

“Sterkfontein has more Australopithecus fossils than anywhere else in the world,” Granger said. “But it’s hard to get a good date on them. People have looked at the animal fossils found near them and compared the ages of cave features like flowstones and gotten a range of different dates. What our data does is resolve these controversies. It shows that these fossils are old – much older than we originally thought.”

Granger and the team used accelerator mass spectrometry to measure radioactive nuclides in the rocks, as well as geologic mapping and an intimate understanding of how cave sediments accumulate to determine the age of the Australopithecus-bearing sediments at Sterkfontein,

Granger and the research group at the Purdue Rare Isotope Measurement Laboratory (PRIME Lab) study so-called cosmogenic nuclides and what they can reveal about the history of fossils, geological features and rock. Cosmogenic nuclides are extremely rare isotopes produced by cosmic rays —high-energy particles that constantly bombard the earth. These incoming cosmic rays have enough energy to cause nuclear reactions inside rocks at the ground surface, creating new, radioactive isotopes within the mineral crystals. An example is aluminum-26: aluminum that is missing a neutron and slowly decays to turn into magnesium over a period of millions of years. Since aluminum-26 is formed when a rock is exposed at the surface, but not after it has been deeply buried in a cave, PRIME lab researchers can date cave sediments (and the fossils within them) by measuring levels of aluminum-26 in tandem with another cosmogenic nuclide, beryllium-10.

In addition to the new dates at Sterkfontein based on cosmogenic nuclides, the research team made careful maps of the cave deposits and showed how animal fossils of different ages would have been mixed together during excavations in the 1930s and 1940s, leading to decades of confusion with the previous ages. “What I hope is that this convinces people that this dating method gives reliable results,” Granger said. “Using this method, we can more accurately place ancient humans and their relatives in the correct time periods, in Africa, and elsewhere across the world.”

The age of the fossils matters because it influences scientists’ understanding of the living landscape of the time.  How and where humans evolved, how they fit into the ecosystem, and who their closest relatives are and were, are pressing and complex questions. Putting the fossils at Sterkfontein into their proper context is one step towards solving the entire puzzle.

Sterkfontein is the most prolific single source of Australopithecus fossils, the vast majority of which were recovered from Member 4, a cave breccia now exposed by erosion and weathering at the landscape surface. A few other Australopithecus fossils, including the StW 573 skeleton, come from subterranean deposits [T. C. Partridge et al., Science 300, 607–612 (2003); R. J. Clarke, K. Kuman, J. Hum. Evol. 134, 102634 (2019)]. Here, we report a cosmogenic nuclide isochron burial date of 3.41 ± 0.11 million years (My) within the lower middle part of Member 4, and simple burial dates of 3.49 ± 0.19 My in the upper middle part of Member 4 and 3.61 ± 0.09 My in Jacovec Cavern. Together with a previously published isochron burial date of 3.67 ± 0.16 My for StW 573 [D. E. Granger et al., Nature 522, 85–88 (2015)], these results place nearly the entire Australopithecusassemblage at Sterkfontein in the mid-Pliocene, contemporaneous with Australopithecus afarensis in East Africa. Our ages for the fossil-bearing breccia in Member 4 are considerably older than the previous ages of ca. 2.1 to 2.6 My interpreted from flowstones associated with the same deposit. We show that these previously dated flowstones are stratigraphically intrusive within Member 4 and that they therefore underestimate the true age of the fossils.