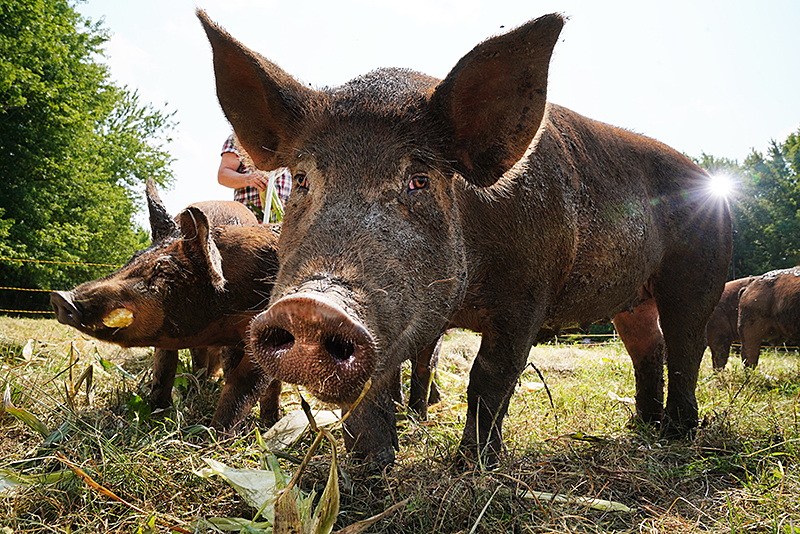 WEST LAFAYETTE, Ind. — African swine fever, a highly contagious swine disease, is in the Dominican Republic. The disease does not infect people, but it can wipe out pork production in a region. Quick identification and containment are key to stopping its spread, and a team of Purdue University researchers are developing a rapid, pen-side test for the disease.

The National Animal Health Laboratory Network and the National Animal Disease Preparedness and Response Program has provided $1 million to Mohit Verma, assistant professor of agricultural and biological engineering at Purdue, for the project.

“A rapid test that can be done in the field is needed for surveillance and diagnosis of African swine fever,” he said. “When it hit China a few years ago, it wiped out 50% of the country’s pig population. It is a devastating disease, and hours, even minutes, matter in containing it.” 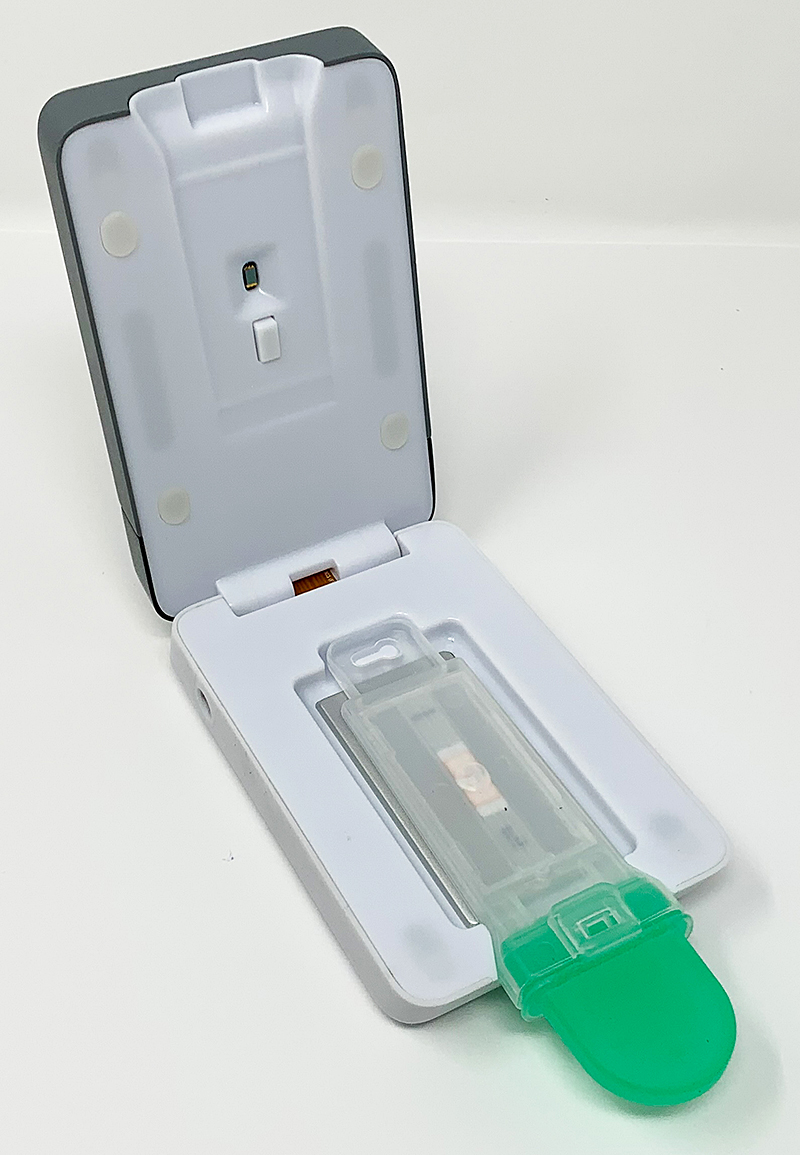 An example of what the African swine fever test may look like. Shown is the test for COVID-19 developed by Mohit Verma, assistant professor of agricultural and biological engineering at Purdue University. PortaScience Inc. packaged and developed the color scale, and Cortex Design built the cartridge shown. Download image

The research funding was included in the U.S. Farm Bill to build up the nation’s ability to quickly detect and respond to high-consequence diseases.

“This was the first time to my knowledge that a joint operation between these two organizations was included in the farm bill,” Verma said. “It shows how seriously the U.S. is taking the risk from African swine fever.”

Verma is collaborating with Purdue scientists Darryl Ragland, associate professor of veterinary medicine, and Jonathan Alex Pasternak, an assistant professor of animal sciences, to create a portable paper-strip test for the disease. The project follows in the footsteps of Verma’s success developing similar tests for COVID-19 and Bovine Respiratory Disease.

“We’re working on a test that will detect the virus within 30 minutes and indicate results through an easy-to-see color change on a paper strip,” Verma said. “The ease of use, test timing and size are similar to those of an at-home pregnancy test or COVID-19 test.”

A saliva or blood sample will be used for the test. Within a cartridge, the sample is mixed with primers and reagents developed by the team and gently heated. The included paper strip then changes colors if African swine fever DNA is present, he said. 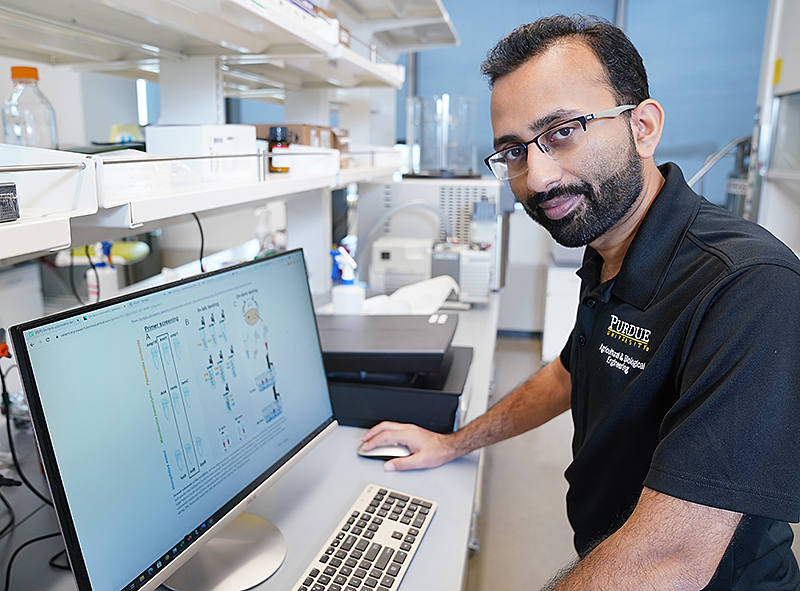 Mohit Verma, professor of agricultural and biological engineering in Purdue University’s College of Agriculture, works in his lab. Verma is leading a $1M project to develop a rapid test for African swine fever. The technology is being licensed by Verma’s startup company Krishi Inc. The startup recently received $100,000 from the Purdue Ag-Celerator fund. (Purdue University photo/Tom Campbell) Download image

“We want the test to be easy for farmers and veterinarians, and for the pigs,” Verma said. “Our hope is to create something affordable and accessible that could be broadly used in the U.S. and throughout the world.”

The technology tests for DNA from the virus and uses a method of nucleic acid amplification called loop-mediated isothermal amplification, or LAMP. When the viral DNA is present, LAMP amplifies it. As the level of nucleic acid increases, it changes the pH of the assay, which triggers the color change on the paper strip.

The advantage of LAMP over other methods is that it does not require extraction and processing of the samples, which can be lengthy and expensive, Verma said.