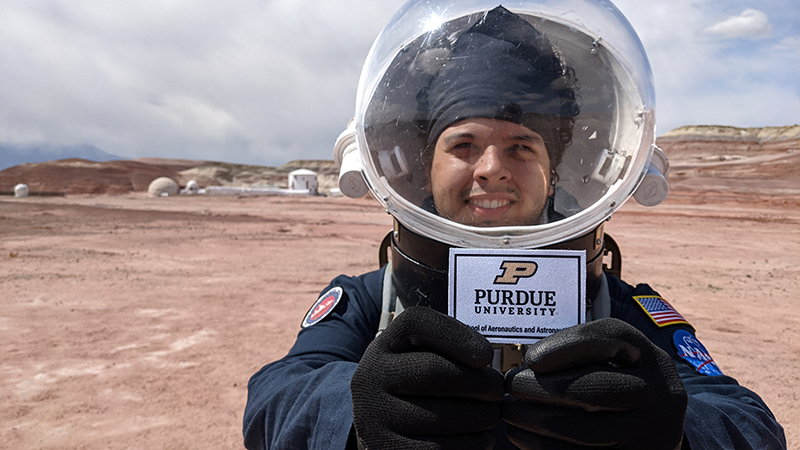 WEST LAFAYETTE, Ind. — Located around the world in some of the most remote and hostile environments lie research stations that simulate life on another planet.

For two graduate students attending Purdue University — often called the Cradle of Astronauts — living in these simulations brings them one step closer to achieving their dreams of becoming an astronaut.

The research stations, called analog habitats, are designed specifically to simulate the physiological and psychological environment of life on Mars. Scientists and engineers live and work as if they were in space on a Martian expedition, an out-of-this-world experience known as an analog mission.

Purdue’s Julio Hernández and Oscar Ojeda have recently returned from their respective missions. 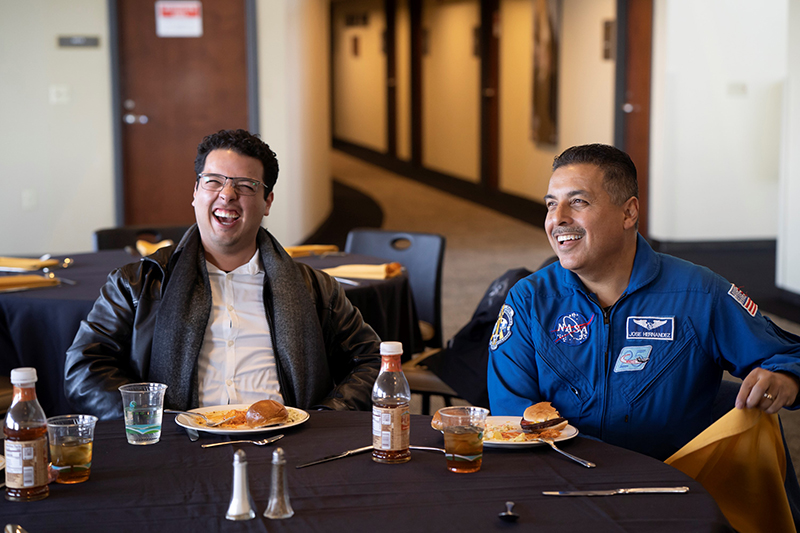 Julio Hernández and his astronaut father, José Hernández, at Purdue’s Space Day in 2019. Julio’s father inspires him to be an astronaut. (Photo provided/Vincent Walter) Download

In the rocky and arid climate of southern Utah, Hernández, doctoral candidate in the School of Aeronautics and Astronautics, recently completed his first analog mission. The Mars Desert Research Station (MDRS simulates life on Mars and is where Hernández stayed for two weeks — from April 10-24. Similar to Ojeda, Hernández is an aspiring astronaut and cites his father as his inspiration.

“My dad was actually an astronaut too; he was a part of the USS Discovery STS-128, and his work is what inspired me to go into STEM and ultimately attend Purdue because there is no better place to pursue the dream of becoming an astronaut than here,” he says.

During his analog stay at MDRS, Hernández took on the role of crew biologist, working to maximize plant growth and find a way to build a sustainable presence on Mars. For this mission, named Patamars, the crew consisted of six members, all from various universities and locations around the United States. Hernández and his crew were active on Twitter, Facebook and Instagram throughout their stay. 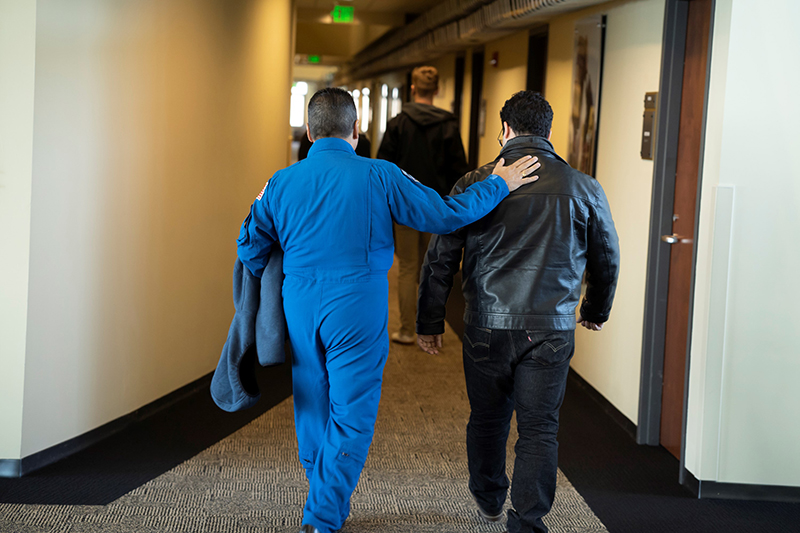 Hernández and his father at Purdue’s Space Day in 2019. (Photo provided/Vincent Walter) Download

Ojeda, current master’s student in Purdue’s School of Aeronautics and Astronautics, has now participated in three analog missions. This Colombia native found his passion early in life, saying, “For as long as I can remember, I have loved space.”

As an aspiring astronaut, Ojeda joins these missions to familiarize himself with the real challenges that astronauts face while in space.

Ojeda also strives to foster interest in space exploration, working with Universidad Nacional de Colombia to develop outreach tools and content that are fully in Spanish. He also prides himself in the unique opportunity his background affords, paving the way for other minorities in the field. This February, Ojeda became the first Colombian to join an analog mission at the International MoonBase Alliance’s research station, Hawai’i Space Exploration Analog and Simulation (HI-SEAS).

With its charcoal lava-formed craters on the isolated slopes of the Mauna Loa volcano in Hawaii, the environment of HI-SEAS bears a striking resemblance to the surface of the moon. Ojeda’s two-week mission, named Selene III, ran from Feb. 22 to March 8 and was part of a current set of short-duration missions run by HI-SEAS. The crew for Selene III consisted of Ojeda and five other members, each from different parts of the world with diverse industry backgrounds. As crew engineer, Ojeda completed six research projects related to human factors of life at the station and worked on methods of application for future missions. 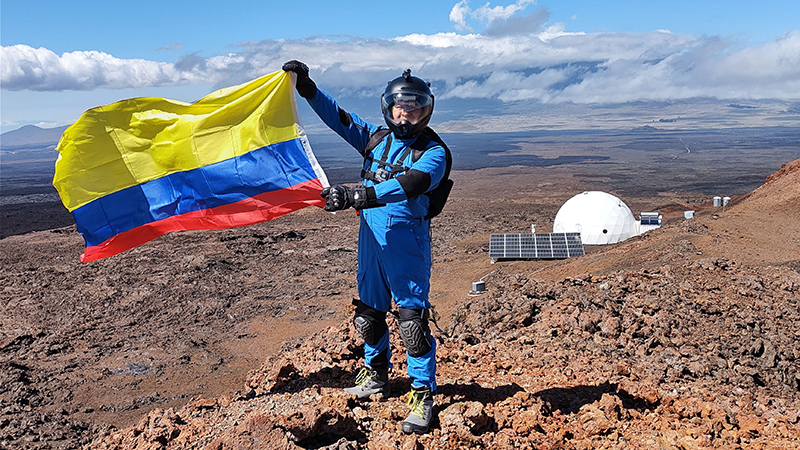 Inside the analog missions

During an analog simulation mission, time is segmented into three parts: research and science, personal and station maintenance. During the allotted times of research, crew members work on their own individual projects or, for a select few times during the stay, will put on sealed spacesuits and venture outside the habitat to conduct their research. Personal time consists of eating, sleeping and interpersonal time. Ojeda describes how his team would frequently play games, watch movies and even have dance parties to pass the time. Station maintenance requires crew collaboration and includes tasks such as cooking and taking care of the systems.

Life in an analog habitat also means living in a way that is purposeful and, to a degree, uncomfortable. Hernández puts it into perspective saying, “Think of the smallest room within Purdue residence halls, but then even smaller — that is our room. Now think of the smallest studio kitchen, but even smaller — that is our kitchen for the entire team. Every single inch of the station serves a specific purpose.”

Close proximity is part of what is being studied on these analog missions, specifically, how social interactions transform throughout the duration of the stay.

Despite the remote setting and close quarters, the environment of an analog mission promotes collaboration. Ojeda says, “You are brought together with people that understand and support your dreams. This allows for significant and impactful conversations. Everyone carries their own weight and wants to collaborate and develop great new research.”


Note to journalists: Photos of the students on their analog missions are available on Google Drive. Journalists visiting campus should follow visitor health guidelines.