NASA astronaut: ‘What IF We Led an International Collaboration in Space Exploration?’ 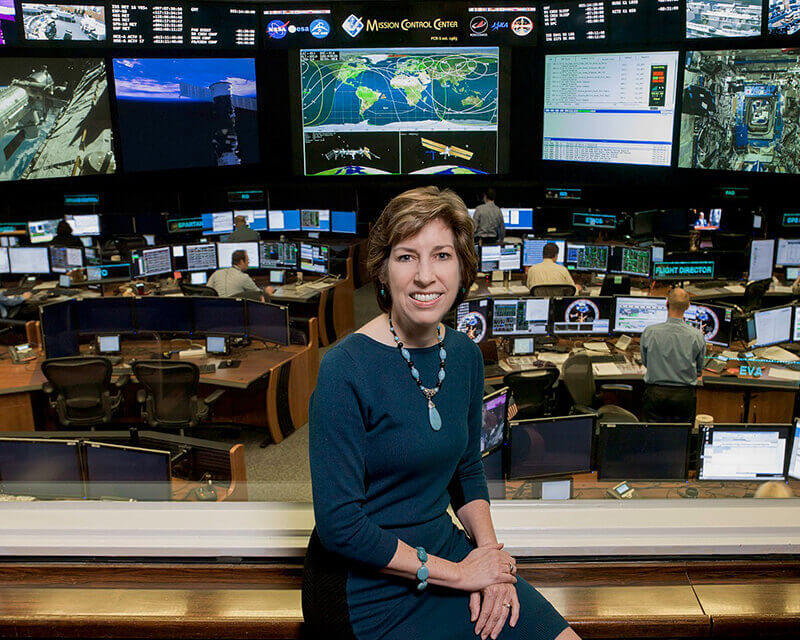 The space center's first Hispanic director, Ochoa is its second female director. The event has limited seating but a few seats will be available for the public on a first-come, first-served basis. The talk will begin at 6:30 p.m. in the South Ballroom of the Purdue Memorial Union.

The event is titled "An Evening with Ellen Ochoa." It is a part of Purdue’s Ideas Festival, the centerpiece of the university’s Giant Leaps sesquicentennial campaign, which is a series of events that connect world-renowned speakers and Purdue expertise in a conversation on the most critical problems facing the world. Ochoa’s question, “What IF We Led an International Collaboration in Space Exploration?” dives into one of the Ideas Festival's themes, space exploration.

Ochoa joined NASA in 1988 as a research engineer at Ames Research Center and moved to Johnson Space Center in 1990 when she was selected to become an astronaut. She became the first Hispanic woman to go to space when she served on the nine-day mission aboard the space shuttle Discovery in 1993. She has flown in space four times, logging nearly 1,000 hours, leading onboard scientific activities and serving as flight engineer during the launch, rendezvous and entry phases of the missions.

Ochoa investigated optical systems for performing information processing as a research engineer at Sandia National Laboratories and Ames. She is a co-inventor on three patents for optical systems and author of several technical papers.

Ochoa has been recognized with NASA's highest award, the Distinguished Service Medal and the Presidential Distinguished Rank Award for senior executives in the federal government. She has received honorary doctoral degrees from the University of Pennsylvania and Johns Hopkins University, among others. She is a fellow of the American Association for the Advancement of Science, the American Institute of Aeronautics and Astronautics and the National Academy of Inventors.

There are six schools named in her honor, and she is the subject of several books.

Born in California, Ochoa earned a bachelor's degree in physics from San Diego State University and a master's degree and doctorate in electrical engineering from Stanford.

Co-sponsors for the event are Purdue's Latino Cultural Center, Purdue Polytechnic Institute, Women in Engineering, Minority Engineering Program, School of Electrical and Computer Engineering, Department of Physics and Astronomy, and the Honors College.