New test could tell doctors whether patients will respond to chemotherapy 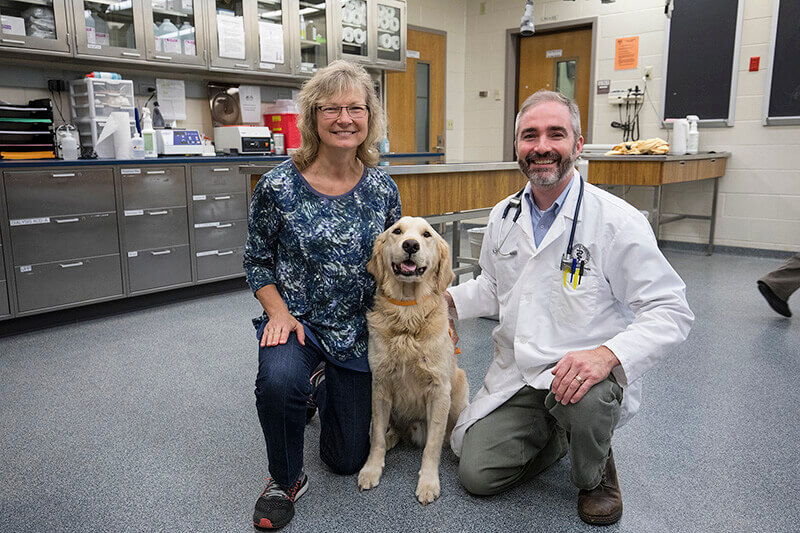 WEST LAFAYETTE, Ind. — Less than half the patients diagnosed with cancer respond favorably to chemotherapy, but a new method for testing how patients will respond to various drugs could pave the way for more personalized treatment.

Using Doppler light scattering, like a weather radar, researchers can determine how a patient will respond to chemotherapy even before they begin treatment.

“Doppler weather radar sends electromagnetic waves into clouds, and while you don’t see individual rain droplets, you pick up the overall motion of the raindrops. What you create with this is a 3-D map of cloud motion,” said David Nolte, the Edward M. Purcell Distinguished Professor of Physics and Astronomy at Purdue University. “We’re looking at the motion inside living tissue rather than rain droplets, and we’re using infrared light instead of radar. It’s like watching the weather inside living tissue as the tissue is affected by cancer drugs.”

Tiny chunks of tissue taken from a biopsy are placed in a multiwall plate, where various drugs are applied. Light from an LED shines into the middle of the tissue, and researchers look at the scattered light coming off.

In collaboration with John Turek, professor of basical medical sciences, and Mike Childress, associate professor of veterinary medicine, Nolte has built a library of data to associate various light patterns with the corresponding response of patients to treatment.

The findings, which were published in the journal Biomedical Optics Express, report an 84 percent success rate predicting patient response to therapy in the group’s first complete pre-clinical trial.

The study was performed on 19 dogs previously diagnosed with B-cell lymphoma, which is molecularly and clinically similar to lymphoma in humans. The treatment of cancer in dogs is almost identical to treatment for humans, Nolte said. They have biopsies, go through chemotherapy and come back for follow-ups.

The method for testing patient response to therapy, biodynamic digital holography, is currently in clinical trials in human ovarian, breast and esophageal cancer. These trials are proceeding with similar levels of accuracy, Nolte said.

“This could revolutionize the way chemotherapy is selected for patients. Hundreds of thousands of patients per year are given standard treatments, while only 40 percent of them actually respond,” he said. “Currently, there’s no good way to personalize treatment because there’s no evidence-based medicine that doctors can turn to. If our method works in human cancers, it means we can help doctors choose better therapies.”

Attempts to create strategies for predicting patient response to chemotherapy have been made in the past. These older methods broke up tumors into individual cells and re-grew them as 2-dimensional cell cultures. This destroyed the cellular environment in which a tumor exists, which contributes significantly to its response to treatment. By preserving the cancer environment in living 3-D biopsies, Nolte’s team is able to assess how cells respond to drugs in the relevant environment.

The study was funded by grants from the National Science Foundation (1263753-CBET), National Institutes of Health (R01-EB016582) and seed grants from the Purdue University Center for Cancer Research (PUCC).

Nolte and Turek have financial interest in Animated Dynamics, which has licensed biodynamic technology from the Office of Technology Commercialization at Purdue.

Biodynamic digital holography was used to obtain phenotypic profiles of canine non-Hodgkin B-cell lymphoma biopsies treated with standard-of-care chemotherapy. Biodynamic signatures from the living 3D tissues were extracted using fluctuation spectroscopy from intracellular Doppler light scattering in response to the molecular mechanisms of action of therapeutic drugs that modify a range of internal cellular motions. The standard-of-care to treat B-cell lymphoma in both humans and dogs is combination CHOP therapy that consists of doxorubicin, prednisolone, cyclophosphamide and vincristine. The proportion of dogs experiencing durable cancer remission following CHOP chemotherapy was 68%, with 13 out of 19 dogs responding favorably to therapy and 6 dogs failing to have progression-free survival times greater than 100 days. Biodynamic signatures were found that correlate with inferior survival times, and biomarker selection was optimized to identify specific Doppler signatures related to chemoresistance. A machine learning classifier was constructed based on feature vector correlations and linear separability in high- dimensional feature space. Hold-out validation predicted patient response to therapy with 84% accuracy. These results point to the potential for biodynamic profiling to contribute to personalized medicine by aiding the selection of chemotherapy for cancer patients.