Mineralogy on Mars points to a cold and icy ancient climate 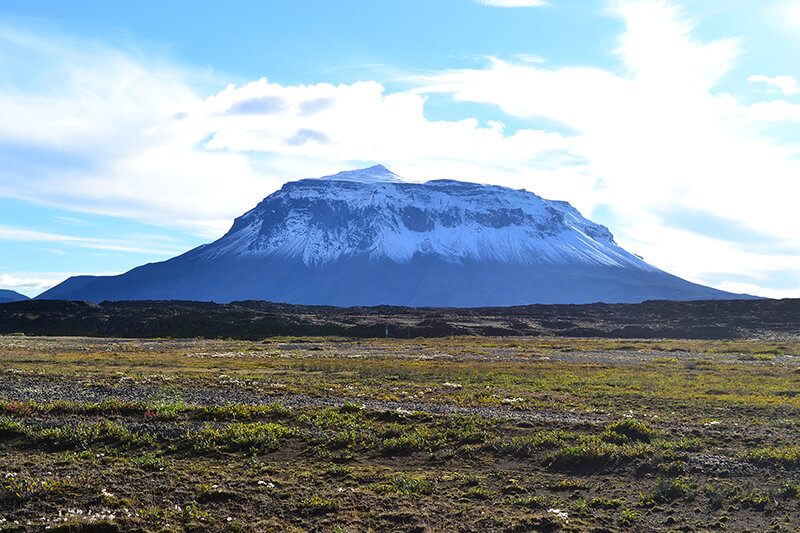 Researchers expect the volcanoes in Mars’ Sisyphi Planum region to look similar to subglacial volcanoes on earth, such as Herðubreið in Iceland. (Purdue University photo/Sheridan Ackiss)

WEST LAFAYETTE, Ind. — The climate throughout Mars’ early history has long been debated – was the Red Planet warm and wet, or cold and icy? New research published in Icarus provides evidence for the latter.

Mars is littered with valley networks, deltas and lake deposits, meaning it must have had freely flowing water at some point, probably around 4 billion years ago. But climate models of the planet’s deep past haven’t been able to produce warm enough conditions to allow liquid water on the surface.

“There are people trying to model Mars’ ancient climate using the same kind of models we use here on Earth, and they’re having a really hard time doing it. It’s difficult to create a warm ancient Mars because the sun was a lot fainter then. The whole solar system was cooler,” said Briony Horgan, an assistant professor of earth, atmospheric and planetary sciences at Purdue University. “While a lot of people are using climate models, we’re coming at this from a unique perspective – what does the volcanic record of Mars tell us?”

Volcanism was abundant throughout Mars’ early history. There are large, broad volcanoes on some of the planet’s widely studied regions, but less is known about a region of low and smooth topography in the southern highlands known as Sisyphi Planum. Here, there are more than 100 flat-topped mounds known as the Sisyphi Montes, which could be volcanic in origin. 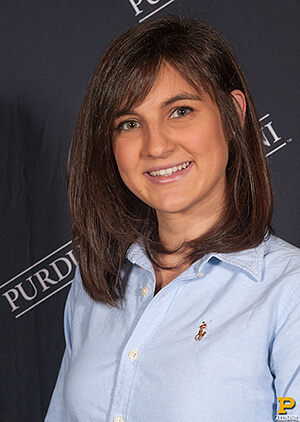 When volcanoes erupt beneath ice sheets and glaciers on Earth, the combination of heat and melt water create flat-topped, steep-sided mountains called “tuyas,” or table mountains. When subglacial eruptions don’t breach the surface of the ice, the tops of the volcanoes remain cone-shaped instead of becoming flat. The mineralogy produced during these events is unique due to the interaction between hot lava and cold glacial meltwater.

Sheridan Ackiss, a Ph.D. candidate at Purdue and lead author of the paper, used images from NASA’s Compact Reconnaissance Imaging Spectrometers for Mars (CRISM) to find out if the mineral makeup of the region was consistent with subglacial volcanism.

CRISM detects both the visible range and shorter wavelengths of light, which helps the instrument’s operators identify a broad range of minerals on the Martian surface. At visible wavelengths, the way light is reflected is strongly influenced by iron, whereas at infrared wavelengths, CRISM can pick up features from carbonate, sulfate, hydroxyl and water incorporated in mineral crystals.

“Each rock has a specific fingerprint, and you can identify that with reflections of light,” Ackiss said.

The findings identify three distinct mineral combinations in the region, dominated by gypsum, polyhydrated sulfates and a smectite-zeolite-iron oxide mixture – all of which have been associated with volcanoes in glacial environments.

“We now have two sets of data, minerals and morphology, that say there had to have been ice on Mars at some point in time,” said Ackiss. “And it was probably relatively late in Mars’ history.”

Ackiss’ team hopes their findings can be used as a reference point for other regions on Mars with a volcanic history. If researchers could find evidence for volcanic activity under ice sheets elsewhere, it would solidify the case for a very cold ancient Mars. But fear not, space enthusiasts, this doesn’t eliminate the possibility of past life on Mars.

“Even if Mars was a cold and icy wasteland, these volcanic eruptions interacting with ice sheets could have created a little happy place for microbes to exist,” Horgan said. “This is the kind of place you’d want to go to understand how life would’ve survived on Mars during that time.”

Here we examine the mineral assemblages detected on possible glaciovolcanic edifices in the Sisyphi Planum region of Mars, a high-latitude region in the southern highlands nestled between the Argyre and Hellas impact basins. Minerals were identified utilizing visible/near-infrared spectra from the Com- pact Reconnaissance Imaging Spectrometer for Mars (CRISM). Analysis of eleven CRISM images located on the volcanic edifices revealed three distinct spectral classes in the region which are interpreted to be: gypsum-dominated, smectite–zeolite–iron oxide-dominated (possibly palagonite), and polyhydrated sulfate-dominated material. While sulfates can form under a variety of alteration conditions, palagonite- like mineral assemblages require low-temperature and high water-to-rock hydrothermal conditions typically found in subglacial or subaqueous volcanic eruptions. The possible palagonite detections on the volcanic edifices, the geomorphology of the region, and the analogous terrestrial mineralogy of subglacial eruptions strongly suggests the formation of these minerals during subglacial eruptions or associated hydrothermal systems. This implies that thick water ice sheets were present in this region in the late Noachian or early Hesperian, and that the subglacial hydrothermal systems could have supported habit- able environments with excellent biosignature preservation potential.