Self-driving cars will change the way we shop – if we let them, says retail expert 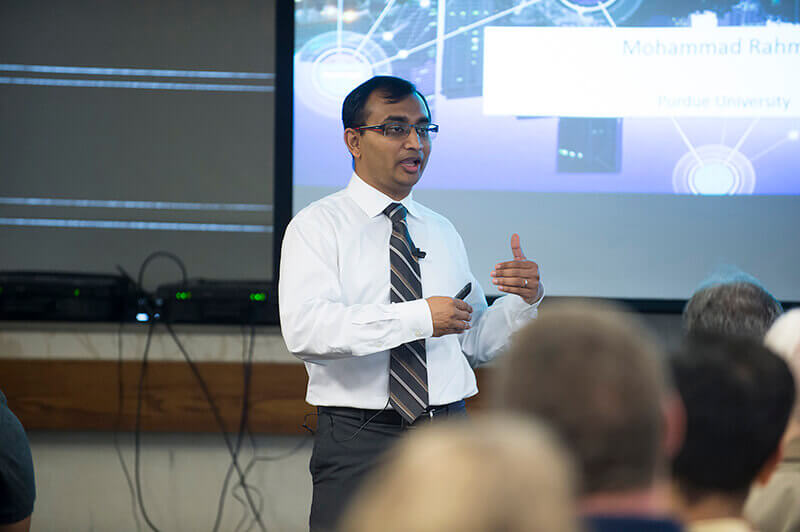 WEST LAFAYETTE, Ind. —In a future with autonomous vehicles, cars could suggest where to stop for coffee in the morning and pick up groceries after work, not only altering the way humans travel, but how they shop and how they’re targeted by retailers.

Mohammad Rahman, an associate professor of management at Purdue University, said the next disruption in retail may not occur in stores or online, but in the cars people depend on to commute, run errands and travel. And companies that let the technological trend pass them by could be the next Sears or K-Mart, two big-box chains struggling to remain profitable, he said.

“There are complications around making this marketplace work. It’s not only the choices made by the consumer, but how the retailers react to this,” said Rahman, who researches big data and omni-channel retailing in the Krannert School of Management. “These personal assistants – whether it be your Google Home, your Alexa or your car – are becoming the gatekeeper to get to the consumers. If you don’t strategically use this gatekeeper very well, you’re going to be forgotten.”

General Motors recently unveiled its driverless car concept with plans to roll out a fleet by 2019, the automaker said in a recent Youtube video, while Toyota announced a deal with Amazon and Pizza Hut to provide self-driving delivery cars by 2020, according to Bloomberg. The rise of autonomous vehicles presents a unique opportunity for partnerships with the automobile industry to reach consumers more effectively, Rahman said.

“You’re already starting to see evidence of these cars becoming a platform for commerce,” he said. “GM already is partnering with different retailers to order your coffee, hotel rooms and so on. That brings a completely different layer to retailing.”

Retailers such as grocery stores are already changing their business models with services such as curbside pick-up and home delivery. But the convenience and popularity of digital personal assistants means companies will have to find new ways to break through to customers, Rahman said.

“Being a good retailer is no longer enough,” he said. “If you’re not getting through that glass ceiling to the consumer, then you are basically stuck.”

Self-driving cars will require a massive amount of data from both consumers and corporations to operate in such a way, a compromise some may not be willing to make. Rahman discussed the trade-off between privacy and convenience in a lecture last year at Purdue’s Dawn or Doom conference, titled “Data, Creepiness and Convenience: Enabling the Car to Decide for You.”

“What’s needed is data about practically everything about your life,” he said. “Your car needs to know a lot about you because it learns from data; it can only act based on the data. It needs to know the plan for the day, how many meetings you have and where you are going. Right now, this is all possible, so long as you don’t feel creepy about giving access to all this data.”