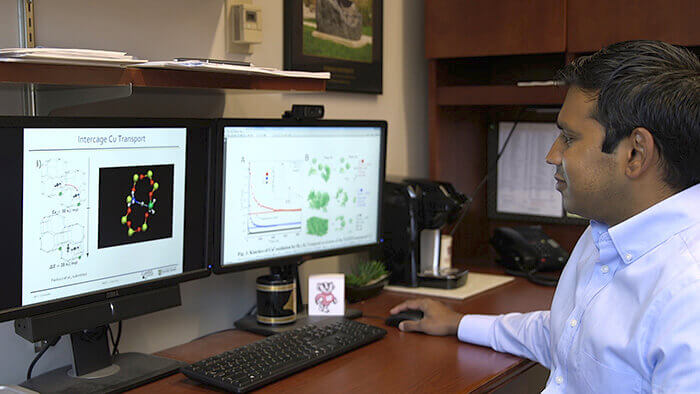 WEST LAFAYETTE, Ind. — Purdue University chemical engineering professor Rajamani Gounder has been named a 2018 Sloan Research Fellow in chemistry as one of the next generation of scientific leaders.

Gounder, whose focus is in heterogeneous catalysis, will receive a $65,000 fellowship to further his research. He is among 126 researchers in the United States and Canada selected for 2018 Sloan Research Fellowships.

Educated at the University of Wisconsin, with a Ph.D. from the University of California, Berkeley, Gounder came to Purdue in 2013 and is currently the Larry and Virginia Faith Assistant Professor of Chemical Engineering.

Adam Falk, president of the Alfred P. Sloan Foundation, said in a statement, “The Sloan Research Fellows represent the very best science has to offer. The brightest minds, tackling the hardest problems, and succeeding brilliantly — fellows are quite literally the future of 21st century science.”

Forty-five former Sloan Fellows have won the Nobel Prize, 69 have received the National Medal of Science and 16 have won the Fields Medal in mathematics.

The Alfred P. Sloan Foundation was established in 1934 by Alfred P. Sloan Jr., then- president and CEO of General Motors. It makes grants in support of original research in science, technology, mathematics and economics.