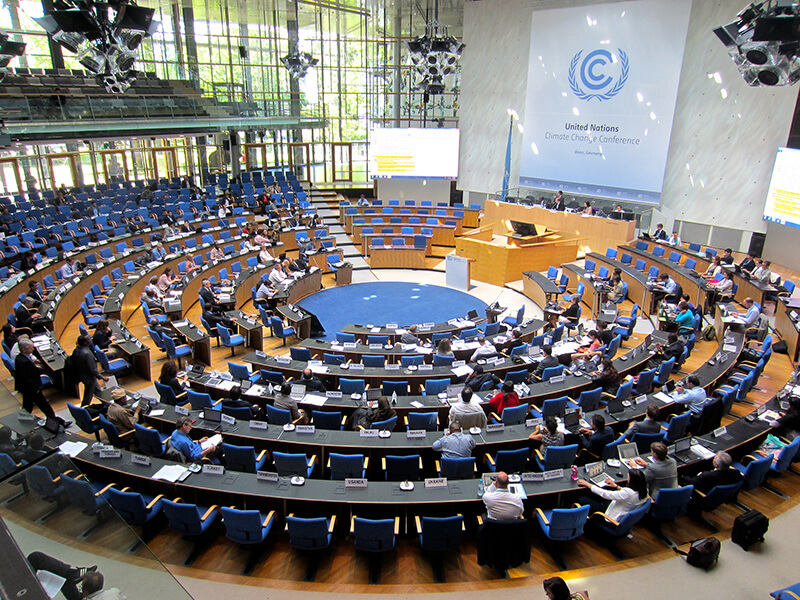 WEST LAFAYETTE, Ind. — A research team from Purdue University is attending the UN Climate Change Conference to conduct research for projects related to the Paris Agreement.

COP 23 began Monday (Nov. 6) and runs through Nov. 17 in Bonn, Germany. The goal of the meeting is to work out some of the details related to the Paris Agreement, the so-called Paris Rulebook, which has to be finished at COP 24 in 2018.

The Paris Agreement didn’t create any legal obligations for states to act on climate change but required them to make voluntary promises of action toward shared goals every five years. To ensure parties keep their promises and to inform the regular revisions of these pledges, the agreement established a process for reviewing collective progress, also every five years, called the global stocktake.

What this process will look like is yet to be determined. Manjana Milkoreit, an assistant professor of political science at Purdue, is leading research that seeks to support the design process.

“The first global stocktake is set to happen in 2023, but it’s unclear what that will look like,” she said. “How often will they meet? Who’s going to be there? What will they talk about? What kind of information will they have in front of them? All of these questions need to be worked out.”

Milkoreit is joined at the conference by graduate student Kate Haapala. They plan to sit in on negotiation sessions and interview participants to identify takeaways for the design of the global stocktake.

“In particular, I’m going to ask what can be learned from existing mechanisms in other international institutions and past experiences within the climate change regime,” Milkoreit said. “Between 2013 and 2015, there was a periodic review of the global temperature goal, and that process might serve as a useful blueprint for the global stocktake.”

Milkoreit also is working with a larger interdisciplinary team to design a science-policy engagement process using a serious game that will help climate negotiators learn about complex scientific concepts, such as climate tipping points. A tipping point is an abrupt shift in Earth systems, sometimes into an irreversible new state with major implications for life on Earth, such as the melting of major ice sheets or the degradation of coral reefs.

Purdue professor Jason Reed and graduate student Roberta Weiner also are attending COP 23. They plan to interview conference participants and observe negotiations with specific questions in mind: What do climate negotiators already know about climate tipping points, and what do they want or need to know? They’ll use their observations to design the game back at Purdue.

Milkoreit’s team is focusing on a fairly specific set of questions, but conference attendees from other nations will likely come with one of their own: What will the role of the United States be in climate negotiations going forward?

President Trump announced the country’s withdrawal from the Paris Agreement in June, but as of now, that’s purely symbolic; it isn’t possible to formally pull out of the agreement until 2020. The American delegation is present at COP 23, but how involved they will be and what aims they will pursue remain open questions.