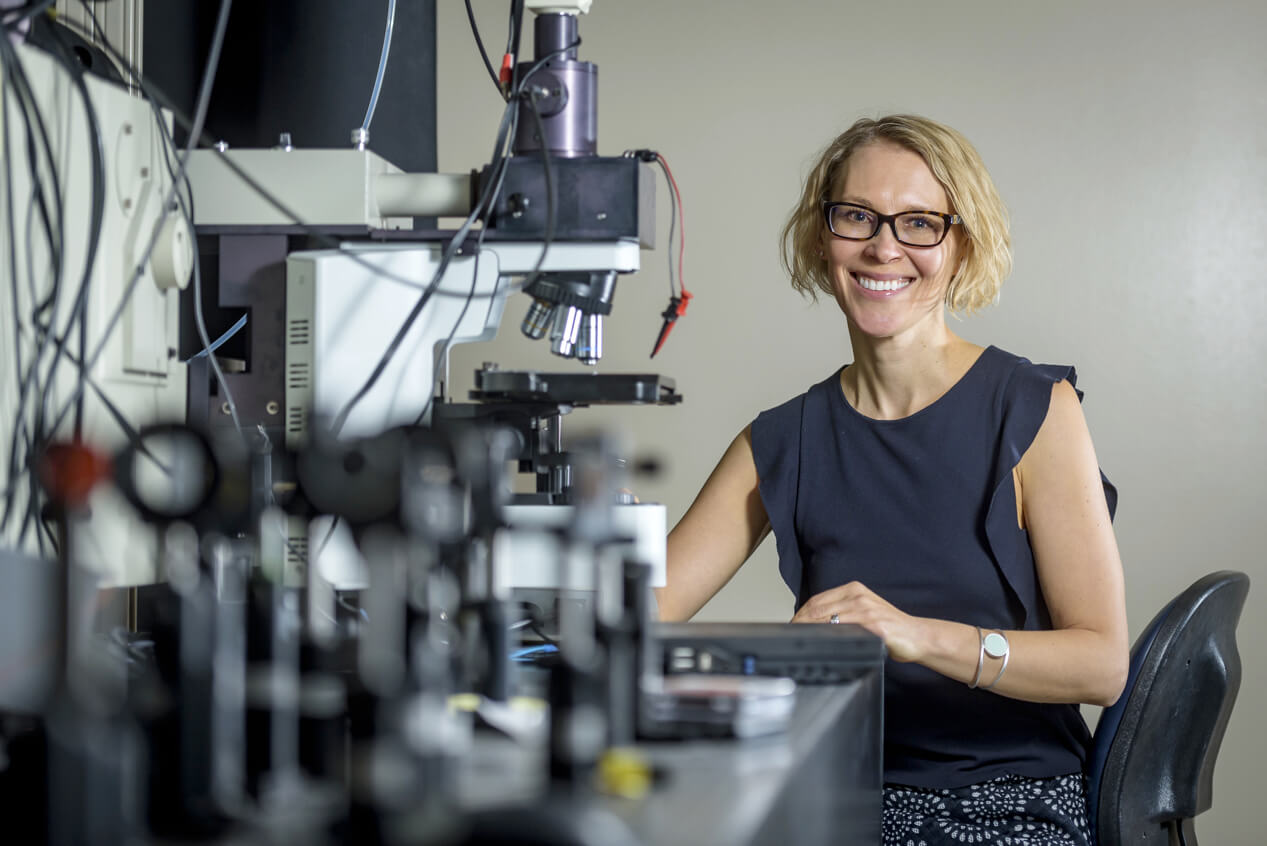 WEST LAFAYETTE, Ind. — Interactions between light and matter are a fundamental unit of modern physics, but recently researchers have started to look beyond the standard textbook interactions.

Alexandra Boltasseva is a professor of electrical and computer engineering at Purdue University. For years, she’s been working with optical metamaterials (artificially engineered materials containing nanostructures which give them unique visual properties) to create nanotweezers, metasurfaces and other tiny objects. Now, she’s exploring an entirely new chapter of physics.

When light propagates through transparent materials, the light doesn’t change very much, meaning it has a positive dielectric permittivity (also called epsilon). The opposite is true for reflective materials, which expel light and have a negative permittivity (negative epsilon). Between positive and negative is an exotic, largely unexplored region referred to as Epsilon-Near-Zero (ENZ).

When light enters a medium whose permittivity is zero, observers will see the same light going in and coming out. It’s almost like the light is tunneling from one side to the other without changing its properties – an unlikely phenomenon in physics.

“Since zero is so different from plus and minus one, we expect that many interesting things are happening there,” Boltasseva said. “It brings completely news physics and insights into play.”

The research team plans to experiment with both natural materials and new metamaterials, though natural materials are more likely to experience absorption. Adding a light-amplifying medium could counteract absorption, but it would be challenging. The group believes transparent conducting oxides and transition metal nitrides (newly developed materials that have a naturally occurring ENZ point in the visible and near infrared wavelength ranges, as well as tailorable optical properties) could help solve this problem.

Although Boltasseva believes this project’s biggest impact will be on fundamental science, she thinks it will lead to new device applications as well.

“Ultrafast modulation is one of the big problems in optics. There’s always a trade-off. You’re either changing things really slowly at a large amplitude, or very fast but in a small range. I hope we can break this cycle,” she said. “This could lead to a variety of ultrafast optical devices for communication and information technologies.”