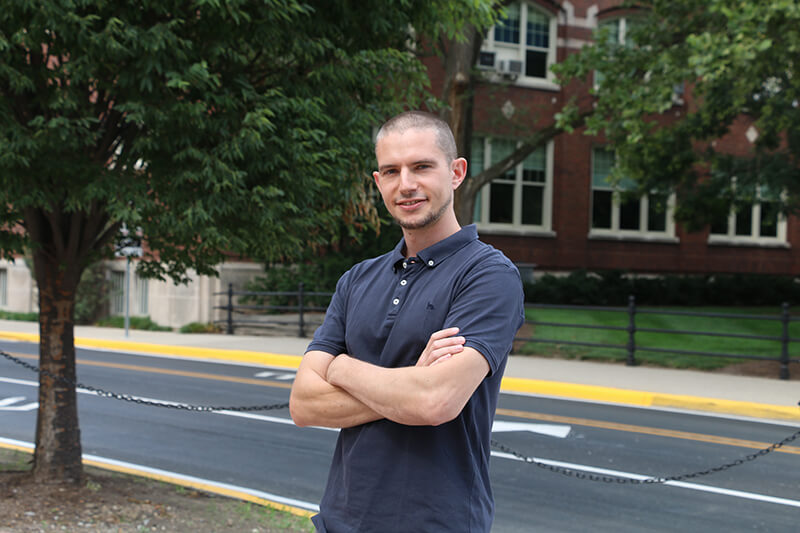 The award supports the development of individual research programs of distinguished scientists early in their careers. Recipients may be involved in scientific computing, biological or environmental research, basic energy sciences, fusion energy sciences, high energy or nuclear physics. The award will provide Rompf with $750,000 over the next five years.

Rompf’s research area is generative programming – building programs that have the ability to generate other programs on demand, allowing a computer scientist to load data and then modify the rest of the program based on that information. Through his research, Rompf is making high-level programming techniques more useful for performance-critical software, taking advantage of the ease of programming in a high-level language as well as the performance gains that come with a low-level language.

With the funding from this award, Rompf plans to create programming models and supporting tools that make it easier to build specialized high-performance program generators. When platforms are upgraded with new hardware architecture, appropriate extensions to the generator should allow efficient code to be readily regenerated. However, few program generators currently exist because they are difficult to build. Rompf believes creating these models will have a significant impact on how exascale software is developed for critical science and engineering applications.

“This work will enable the generation of efficient code, greatly simplifying the development of software that is critical to the mission of the Department of Energy,” said Rompf. “It’s an honor to be selected for this award.”

Rompf received an NSF Career Award in 2015 and a Google Faculty Research Award in 2017. He earned a PhD from École Polytechnique Fédérale de Lausanne in Switzerland in 2012 and joined Purdue’s faculty in 2014.