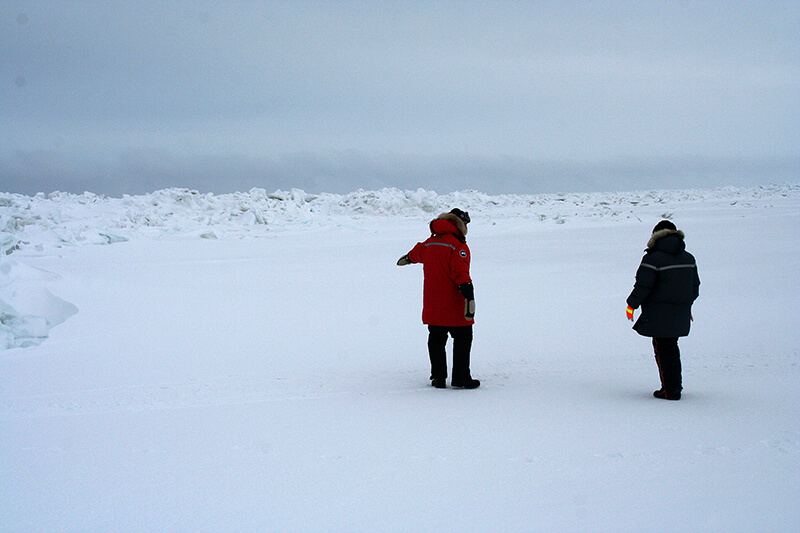 WEST LAFAYETTE, Ind. — New measurements of molecular iodine in the Arctic show that even a tiny amount of the element can deplete ozone in the lower atmosphere.

This is surprising because iodine is so scarce in the Arctic snowpack compared to its close relatives and known ozone-killers, chlorine and bromine. Less than one part per trillion of iodine is enough to have a significant effect on ozone concentration in the lower atmosphere, according to a study published Sept. 5 in Proceedings of the National Academy of Sciences.

“Where we live, the air is relatively clean because of ozone. It’s like a Pac-Man of the atmosphere – it helps to gobble up pollution,” said Paul Shepson, a Purdue University professor of analytical and atmospheric chemistry who worked on the study. “But it’s also toxic at high concentrations and regulated by the Clean Air Act. We need a Goldilocks amount of ozone in the atmosphere – not too much, not too little.”

When sun shines on snow that is on or near sea ice, a chemical reaction takes place, releasing iodine, chlorine and bromine into the atmosphere. These compounds are two halogen atoms bonded together, and when they react with sunlight, they break apart to release those two highly reactive atoms. Often, those atoms collide with ozone near the ground and destroy it. They also react with other pollutants, like mercury, to help remove them.

Shepson’s group went to snow-covered Barrow, Alaska, the northernmost city in the United States, to try to learn more about the natural amount of ozone in the atmosphere. They thought it would look like it does here, just without human impact, but they found that the air above sea ice is unique.

“There’s a part of the planet that we don’t understand very well, and it’s the part covered with sea ice. But sea ice is melting,” Shepson said. “A natural process controls how much ozone is in the atmosphere, and that process is likely to change dramatically in the polar regions due to climate change.” 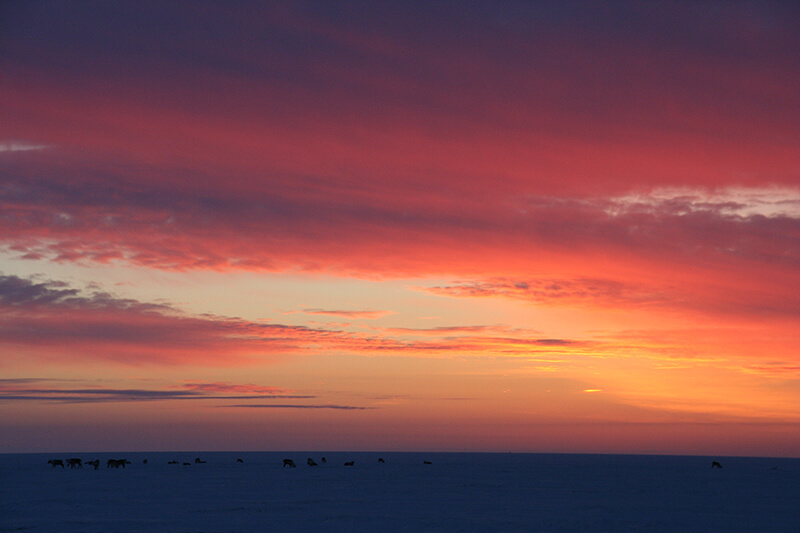 The atmosphere uses ozone, water vapor and sunlight to clean itself. However, there’s less water vapor in higher latitudes because it’s cold, which slows down the natural cleaning mechanism. In regions covered with sea ice, the strange chemistry involving halogens released by salty ice creates a different cleaning mechanism; if sea ice is removed by climate change, this mechanism could disappear. As humans continue to explore and develop the Arctic region in search of oil and gas, the atmosphere’s ability to rid itself of pollutants is going to become increasingly important.

Although too little ozone could be bad, too much could be even worse. Long-term exposure to the pollutant, which is also a greenhouse gas, can lead to asthma and permanent lung damage.

The global distribution of ozone is another looming question for scientists. It lives in the atmosphere for several weeks, which means it could be transported long distances. Thus, more ozone in the Arctic could mean more ozone in lower latitudes. Without sea ice, background ozone levels in the Arctic are likely to increase, making it more difficult to control ozone in polluted environments.

Understanding the processes that regulate ozone in the atmosphere will help scientists create better climate models and, in turn, better air quality models.

"If you know where a chemical compound is coming from, it improves your ability to simulate what will happen in the future," said Kerri Pratt, an assistant professor of chemistry at the University of Michigan and co-adviser of the study's lead author, Angela Raso. "The Arctic is changing dramatically. What does the composition of the atmosphere look like in the future? What does cloud formation look like? You need to understand how these chemical cycles occur, and how chemicals transfer between the Earth and the atmosphere, in order to simulate it."

During springtime, the Arctic atmospheric boundary layer undergoes frequent rapid depletions in ozone and gaseous elemental mercury due to reactions with halogen atoms, influencing atmospheric composition, and pollutant fate. While bromine chemistry has been shown to initiate ozone depletion events, and it has long been hypothesized that iodine chemistry may contribute, no previous measurements of molecular iodine (I2 ) have been reported in the Arctic. Iodine chemistry also contributes to atmospheric new particle formation and therefore cloud properties and radiative forcing. Here we present the first Arctic atmospheric I2 and snowpack iodide (I-) measurements, which were conducted near Utqiagvik, AK in February 2014. Using chemical ionization mass spectrometry, I2 was observed in the atmosphere at mole rations of 0.3-1.0 ppt, and in the snowpack interstitial air at mole ratios up to 22 ppt under natural sunlit conditions and up to 35 ppt when snowpack surface was artificially irradiated. I2 was not observed in the dark, suggesting a photochemical production mechanism. Further, snow meltwater I- measurements showed enrichments of up to ~1900 times above the seawater ratio of I-/Na+, consistent with iodine activation and recycling. Modelling shows that observed I2 levels are able to significantly increase ozone depletion rates, while also producing iodine monoxide (IO) at levels recently observed in the Arctic. These results emphasize the significance of iodine chemistry and the role of snowpack photochemistry in Arctic atmospheric composition, and imply that I2 is likely a dominant source of iodine atoms in the Arctic.