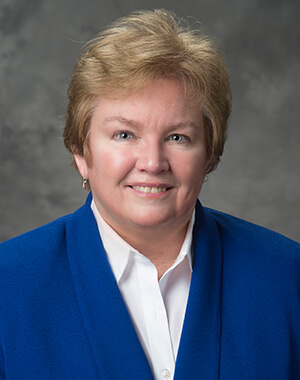 WEST LAFAYETTE, Ind. — A Purdue University professor has been elected to the American Academy of Arts and Sciences, one of the nation’s oldest and most prestigious honorary societies.

Kathleen Howell, the Hsu Lo Distinguished Professor of Aeronautics and Astronautics and associate dean in the College of Engineering, received word of the honor recently. She is part of the 237th class of members of the American Academy of Arts and Sciences.

“Dr. Howell’s work on spacecraft trajectories and interplanetary travel is a testament to the strides Purdue is making toward the future every day,” university President Mitch Daniels said. “She exemplifies the brilliant minds hard at work to make Purdue a greater university and the world a better place.”

The new class of 228 members will be inducted at a ceremony on Oct. 7 in Cambridge, Massachusetts.

This has been a big year for Howell, who was announced in February as one of the newest members of the National Academy of Engineering.

“Receiving one of the honors in your area is unbelievable,” Howell said. “Having both - and at almost the same time - is almost miraculous. I look forward to representing Purdue in these organizations.”

She joins 11 Purdue colleagues as members of the American Academy of Arts and Sciences.

“Joining them, I feel like the bar has been set pretty high,” Howell said. “It’s a wonderful honor.”

Founded in 1780, the American Academy of Arts and Sciences is an independent research center that conducts multidisciplinary studies of complex and emerging problems. Current academy research focuses on science and technology; global security; social policy and American institutions; the humanities and culture; and education. Headquartered in Cambridge, Massachusetts, the academy’s work is advanced by its 4,600 elected members worldwide who are leaders in the academic disciplines, the arts, business and public affairs. Among its fellows are more than 250 Nobel Prize winners and more than 60 Pulitzer Prize winners.