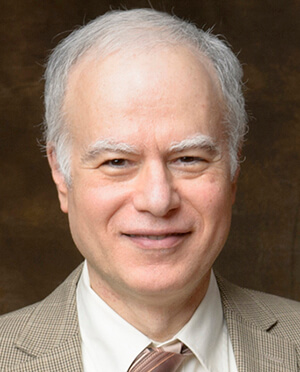 WEST LAFAYETTE, Ind. — Mikhail Atallah, distinguished professor of computer science and a professor of electrical and computer engineering (courtesy), has been chosen as the 2017 Arden L. Bement Jr. Award recipient. One of Purdue University's top three research honors, the Bement Award is the most prestigious award the university bestows in pure and applied science and engineering.

Atallah is being honored for his significant contributions in the design and implementation of efficient processing and security protections for computer-based technologies.

“Dr. Atallah’s world-renowned work in algorithms, access hierarchies and information security combines deep theoretical approaches with solutions-based efficient designs to address the most challenging computer processing and security issues,” said Suresh Garimella, Purdue's executive vice president for research and partnerships and the Goodson Distinguished Professor of Mechanical Engineering, in announcing the winner. “His highly creative and innovative ideas and fresh viewpoints have had a major impact on the fields of distributed computing and cyber security.”

Atallah will deliver the Arden L. Bement Jr. Distinguished Lecture on Oct. 30 in Stewart Center's Fowler Hall. The 1:30 p.m. lecture is free and open to the public.

Among his accomplishments, Atallah settled longstanding open problems in data structuring for range-minimum queries and in data filtering with running-max filters. He designed an influential and award-winning technique for key management in access hierarchies and developed a divide-and-conquer technique to parallelize sequential algorithms, resulting in numerous optimal algorithms for solving complex geometric and combinatorial problems.

Atallah came to Purdue as an assistant professor of computer science in 1982 after earning a doctorate at Johns Hopkins University. He was named a full professor in 1989 and has been a distinguished professor since 2004. He is affiliated with the Center for Education and Research in Information Assurance and Security (CERIAS) and has a courtesy appointment in the School of Electrical and Computer Engineering.

He is a fellow of both the Association for Computing Machinery and IEEE (Institute of Electrical and Electronics Engineers). His work on key management received the 2015 CCS Test of Time Award. He was the 2016 recipient of the Purdue Sigma Xi Faculty Research Award, and the 2013 recipient of the Purdue Outstanding Commercialization Award. He has lectured frequently around the nation and the world as a keynote and invited speaker and has served on editorial boards of top journals and on program committees of top conferences and workshops.

The Arden L. Bement Jr. Award was established in 2015 by Purdue professor emeritus Arden Bement and his wife, Mrs. Louise Bement. The Bement Award recognizes Purdue faculty for outstanding and widely recognized contributions in the areas of pure and applied science and engineering.

Winners of the Bement Award are nominated by colleagues, recommended by a faculty committee and named by the university president. Recipients receive a cash award and a small support grant for their university scholarly activities.