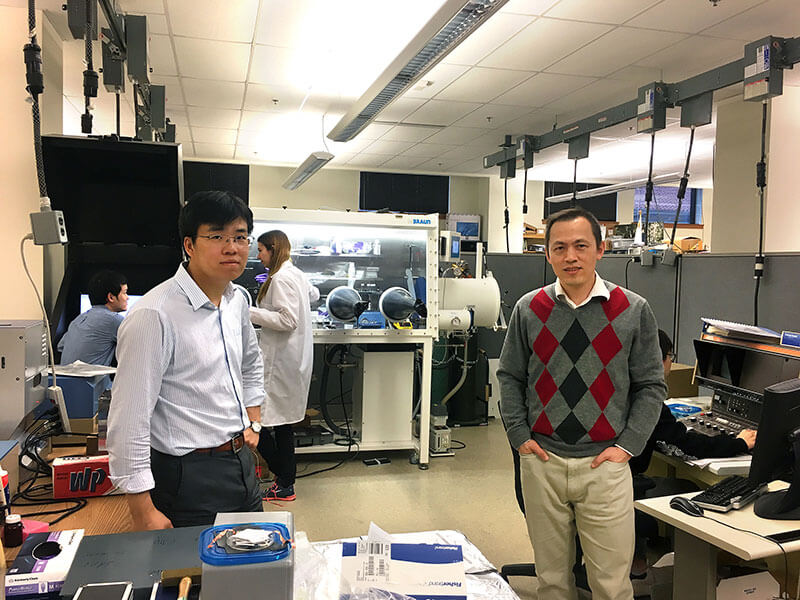 WEST LAFAYETTE, Ind. - Six interdisciplinary research teams at Purdue University have received $2.7 million in grants of $450,000 each through a partnership with the U.S. Navy.

The U.S. Navy Enterprise Partnership Teaming with Universities for National Excellence (NEPTUNE) was launched by Purdue and the Navy in 2014 to help the military branch reach its goal to convert half of its energy consumption to alternative sources, including biofuels, by 2020.

"These interdisciplinary projects came from a diverse lineup of nearly 30 submitted proposals in energy storage, renewable energy technologies, high energy and pulsed power, smart grid, flexible electronics, energy efficiency and systems engineering," said Maureen McCann, director of the Purdue Energy Center in Discovery Park, who chairs the proposal selection committee. "The depth of the campus projects was impressive, and the deep engagement this process is creating between Purdue and the U.S. Navy is something we continue to build on."

A look at the newly funded projects and their research teams:

Purdue President Mitch Daniels and Navy Secretary Ray Mabus announced an agreement in 2014 to develop research efforts aimed at addressing the goal by the Navy and Marine Corps to generate at least 50 percent of their energy from alternative sources. In addition, Purdue and the Navy have partnered on more than 600 research projects valued at $80 million in the past decade.

In September 2015, Purdue Energy Center faculty received grants totaling $3 million from the Office of Naval Research for the pilot phase of the NEPTUNE program, focused on developing a power and energy course and establishing a research facility for testing aviation fuels from biomass.

Purdue was chosen to be a lead university in the NEPTUNE pilot because of its strengths in basic science and engineering research and its commitment to providing educational opportunities to current, former and future members of the military through the Purdue Military Research Initiative.

Integration of Navy officers, veterans and ROTC students into cutting-edge research programs is a critical facet of NEPTUNE that is delivering value both in research programs and in training the next generation that will build the future fleet.