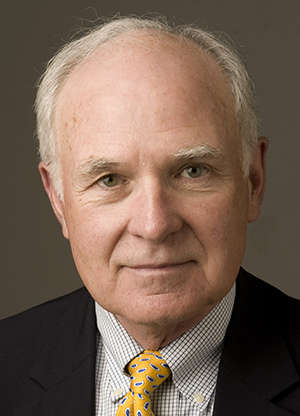 The Federal Reserve bumped the federal funds rate Wednesday. The rate is how much financial institutions charge each other to borrow money overnight. Often when an increase is enacted, consumers can feel the results in mortgages, credit cards, and car loans.

Jerry Lynch, professor of economics in Purdue’s Krannert School of Management, said consumers shouldn’t notice a significant impact. A YouTube video of Lynch discussing the rate increase and potential for impact is available at https://www.youtube.com/watch?v=gBNaxBvpVaY&feature=youtu.be

“Rising interest rates always mean a higher cost for a mortgage or a higher cost for borrowing of any sort,” Lynch said. “But a quarter of a point isn’t going to make it raise very much. Everything has to go into context, but when people are talking about mortgage rates rising from 3.5 to 4 percent, for someone like me who lived through mortgage rates of 11 and 12 percent, it still doesn’t seem like very much. So interest rates, even with this bump, are still at a historic low. So will there be some increase in mortgage and borrowing rates, yes there will.”

During its Wednesday meeting, the Federal Reserve also indicated it could raise rates up to three times in 2017 while cautioning it would watch employment and any stimulus programs Congress might enact.

“I think there probably will be some bumps over time,” Lynch said. “The interest rates we’ve experienced over the past 6-7 years have just been historically low and most economists believe even below a normal rate - whatever normal is - we don’t have a good definition for that.

“There are people who would like to have the economy do some growth with interest rates at a level we can work with. If we were to go into a recession with low interest rates then you can’t lower them to get things going again. I think the Fed is cautiously trying to get interest rates back to a workable, acceptable, normal level without squelching off the final little bit of strength and growth we have in the economy.”

While cautioning against consumer over-reaction, Lynch said the business impact could be different, but businesses have been conservative even with low rates. “Investments as percentage of gross domestic product has really not been very high,” Lynch explained. “Firms have been holding back on investing, given that interest rates have been so low. I can’t think it’s been waiting for lower interest rates that have made them postpone investment. They’re looking for more strength in the economy, maybe a better return after this corporate tax cut if it comes about. That may spur more investment. So it’s just like the effect on consumers; a quarter percent will raise the cost of borrowing and raise the cost of any capital projects. But even if we have three bumps during the course of the year, we’re still going to be in the very low historical range of where interest rates have been.”