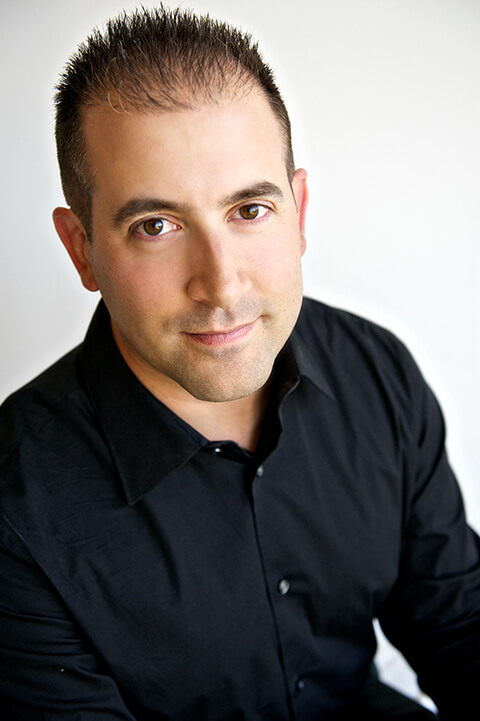 Daniel Tembras' Cuban parents always had music playing around the house, whether it was salsa, merengue, or Motown. It was a part of his life growing up and continued when he began playing music in fifth grade as a trumpet player in the school band.

I don’t really have an “average” day per se, as I’m often out recruiting and working with bands across the state, but while on campus I teach music education courses, rehearse both the Symphonic Band and Symphonic Wind Ensemble and advise students.

Why is it a beneficial move for Purdue to establish a school of music?

Purdue is the only school in the Big Ten without a school of music. This is a wonderful opportunity for Purdue to set itself apart by taking a blank-slate approach in how it educates artists. Most schools of music throughout the nation are rooted in a conservatory model codified by the Paris Conservatoire in the 19th century. Since that time, changes like the creation of the phonograph, radio, CD and iTunes have altered the way we as a society consume, perform and value musical arts. Unlike so many schools with established infrastructures and systems in the Paris model, Purdue can more readily adapt to the needs of the 21st-century musician and beyond by molding offerings to what present and future societal needs demand.

What doors do you hope that this program will open for its future students?

With the expansion of degree programs in the School of Music in Fort Wayne, both undergraduates and graduates will gain musical knowledge in world-class, state-of-the-art facilities that already exist in Fort Wayne while becoming nationally recognized as a leader in higher education when it comes to music. Music therapy students will be welcomed to a vibrant city whose largest two employers are health systems, allowing future students the research and practicum opportunities that are needed for a growing and nationally recognized program. The strong artistic culture of Fort Wayne with the wonderful Fort Wayne Philharmonic, ballet, museums and central location to the cultural hubs of Chicago, Cleveland, Cincinnati and Detroit allow students to have some of the greatest culture on the globe within reach. Our strengthening partnership with Sweetwater Sound allows for our students to always be on the cutting edge of technology and how it relates to music in our society through internships, workshops, and continued growth that will benefit our students.

In March 2016, your students had the opportunity to perform at Carnegie Hall. Can you tell me a little bit about how this came about and what it means for your students and the music program as a whole?

As young artists, it is important to me that students gain great cultural experiences, whether it be working with Pulitzer Prize-winning composers or visiting the world’s greatest museums, appreciating breathtaking architecture or performing in our premiere sonic spaces. During the summer of 2015, I was approached by World Projects with an invitation for our Symphonic Wind Ensemble to perform at Carnegie Hall as part of its New York Wind Band Festival. Having an incredibly supportive department, dean, and chancellors, we were able to make this once-in-a-lifetime experience a reality and showcase IPFW’s music program in the same hall where Dvorak, Mahler, Rachmaninoff, Bernstein, Benny Goodman and the Beatles performed, giving our students a chance to become a part of an important musical legacy. It demonstrates that this university is engaging in Tier 1 research and creative endeavor and rivals many great institutions of higher learning with regards to outcomes and advancement of our programs and graduates.

What is the most rewarding part of your job?

There are many rewards to my job, but the most significant is watching the growth of our students, knowing that in whichever community they reside, they will be the informed beacons of culture.