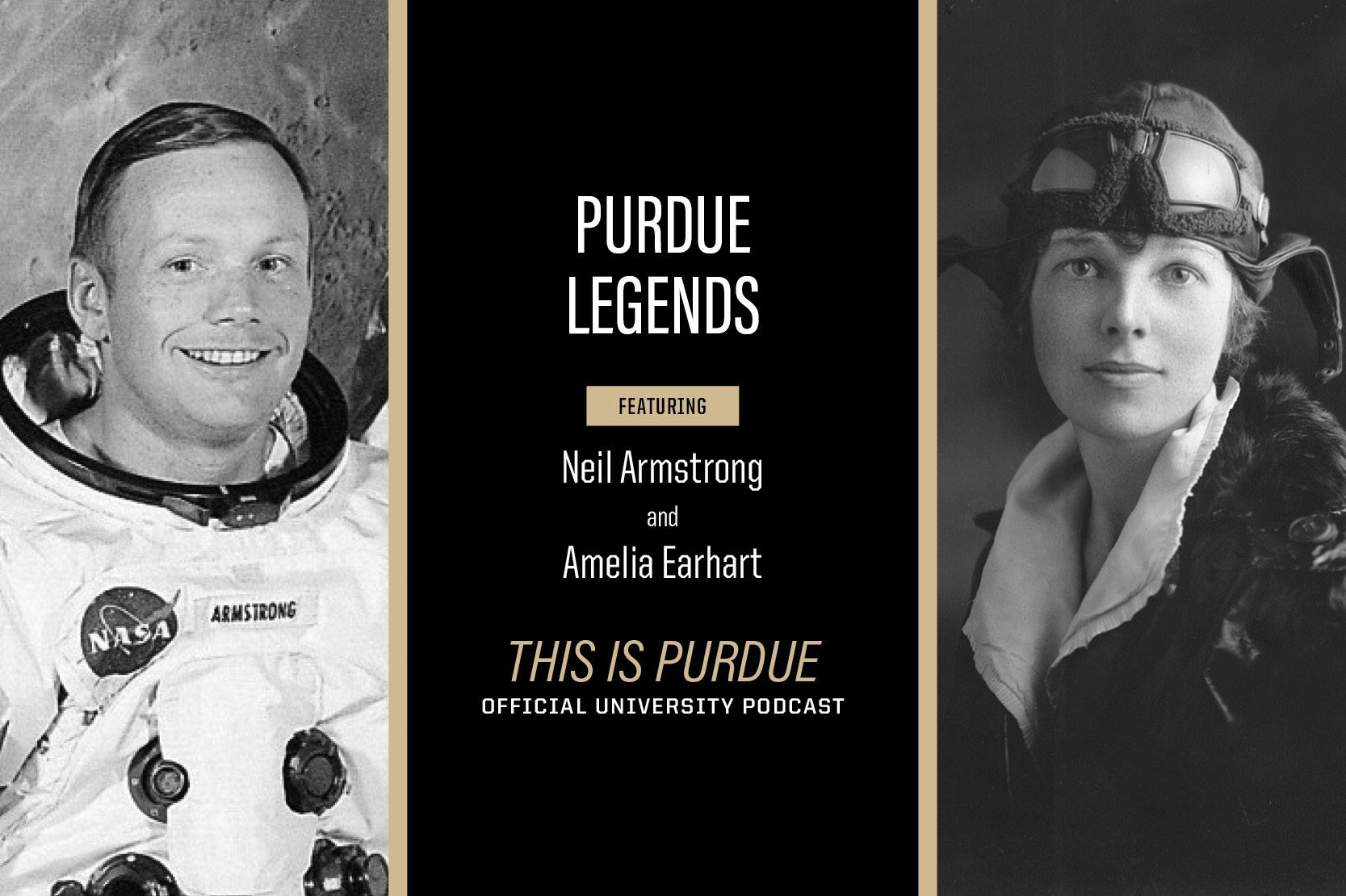 Today on ​This is Purdue​ you will hear about two aviation legends from the Purdue family, Neil Armstrong and Amelia Earhart.

Astronaut and Purdue alumnus, Greg Harbaugh, joins the podcast to talk about his relationship with with Armstrong and his history at Purdue. After becoming a skilled pilot in the Navy and an engineering student at Purdue, Armstrong was part of the famous ​Apollo 11​ crew, which were the first people to step foot on the moon. Even with dangerous odds and low fuel, the crew was able to successfully land on the moon, where Armstrong coined his famous phrase, “That's one small step for a man, one giant leap for mankind." After retiring from ​NASA​, Armstrong led a humble life, where he eventually became a professor at the ​University of Cincinnati​ before passing away in August of 2012.

In the next segment of ​This is Purdue​, Amelia Earhart’s life and legacy is discussed. In 1935, Earhart joined the Purdue Aeronautics program, becoming an advisor to the program and counselor to the students. She frequently met with the female students at Purdue, encouraging them to pursue their education and career goals. She is remembered as one of the first advisors and advocates for female students in an American university. Her connections at Purdue helped her begin one of her long-term goals: to fly around the world, researching and journaling as she went. After completing almost 22,000 miles of her mission, there was an issue on her trip, resulting in her disappearance. Even today, mystery and uncertainty surround her disappearance. Her legacy of bravery, hard work, and feminism continues on today as she is remembered as one of the many Boilermaker legends.

Key Ideas:
2:19 - A past interview from Neil Armstrong is shared, where he discusses his decision to attend Purdue University over Ohio State.
6:08 - The Apollo 11 mission is discussed, with original audio from the crew.
9:21 - Armstrong’s life after NASA and legacy are discussed.
15:25 - Amelia Earhart’s solo flight across the Atlantic Ocean is described.
17:00 - Earhart’s history at Purdue is shared.
20:16 - Learn more about the history of Earhart’s

The Neil Armstrong interview feature originally aired in 2013 as part of a “Boiler Bytes” segment.