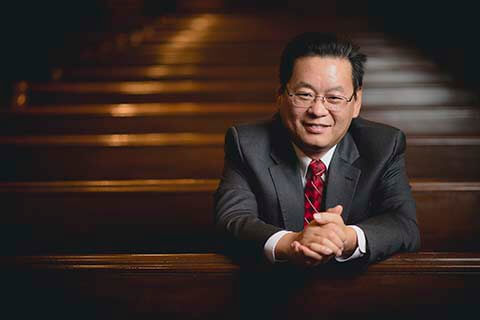 Fenggang Yang, Purdue Universityprofessor in sociology, can talk about how religions have survived and were revived under Communist rule, and how faith affects the economy and ethics of business practices in China. Yang, who also studies immigrant religion in the United States and Chinese Christianity around the world, is cited by national and international media outlets regularly regarding trends and issues related to religions in China. He is the author of "Religion in China: Survival and Revival under Communist Rule" and "Chinese Christians in America: Conversion, Assimilation, and Adhesive Identities." He is currently leading a research project to map the religious and spiritual landscape in China and study how religions have emerged and flourished in this transitional era.

Ten years ago few social scientists were studying the emerging religions and faiths in China. Today, dozens of scholars are looking at this topic, and many of them were trained through Purdue’s Center on Religion and Chinese Society. Yang has received more than $6 million from the John Templeton Foundation for his various training programs and research initiatives. He also is past president of the Society for the Scientific Study of Religion.