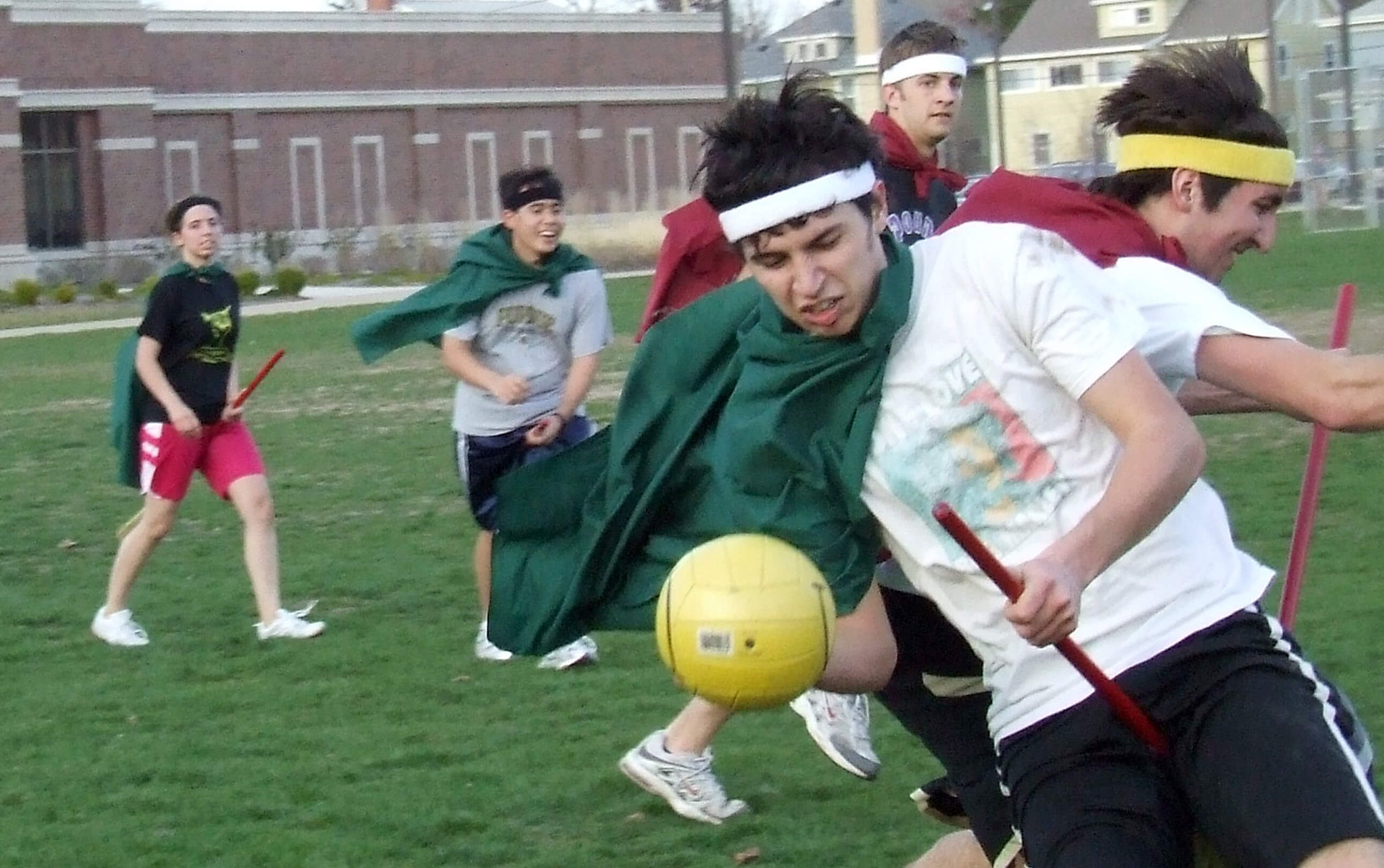 The Hogwarts-looking Windsor Halls will serve as the backdrop as caped contestants chase gold-clad human snitches and launch balls through custom-made hoops, all while dashing around on broomsticks trying not to be leveled by bludger-bearing beaters.

Purdue Quidditch team co-captain Peter Chen says that Quidditch is a perfect way to "get stoked" for the Potter movies and a game that many players have yearned to play since they first read about it as young children.

"Kids have always dreamed of flying, but ours was the first generation to believe under the right circumstances it just might be possible," Chen said. "The magic of Harry Potter has fired our imaginations to this day, even as we pursue degrees in fields ranging from aeronautical engineering to British literature."

Chen said the rugby-like sport is commonly embraced by "nerdy" Harry Potter fans but appeals to many "jocks" as well because of the physicality of the sport.

"This is a fast-paced game that requires imagination, cooperation, strategy and endurance," Chen said.

Each team is part of the International Quidditch Association, the world’s first nonprofit organization to promote the earthbound version of the sport invented by J.K. Rowling in her Harry Potter novels. Founded at Middlebury College, Quidditch is now played at more than 150 colleges and 100 high schools. The association's mission includes improving youth athletic participation, community interaction and literacy education.

The public is invited to attend the event at Vawter Field at the intersection of Third Street and Jischke Drive.