Yuanming Cao, "Couplets," 2008, from the exhibition "Strangers No More: Village Churches on the Good Earth of the Sacred Land."

"Strangers No More: Village Churches on the Good Earth of the Sacred Land" will be on display Aug. 30 to Oct. 10 in the Stewart Center Gallery.

Christians used to be viewed as strangers in China, alien to Chinese culture and society, but they are strangers no more in the "sacred land," as the Chinese refer to their beloved country. In rapidly modernizing China, Christian churches have brought about the integration of the sacred elements of Western culture and Chinese grassroots communities to form a special kind of public space in the heart of their communities.

Shanghai artist Yuanming Cao has traveled to hundreds of villages in Suzhou, Anhui, upon which American novelist Pearl Buck's timeless Nobel Prize-winning novel "The Good Earth" was based. Buck, a daughter and wife of American missionaries to China, did not believe Christianity would fit in the "good earth" of this ancient civilization and that the missions were bound to fail.

Ironically, decades after the Chinese Communists drove out American and European missionaries, Chinese villagers themselves have embarked on building churches for themselves. This exhibition presents a series of photographic collages from 2004-2008 focusing on Christian churches in the rural areas of Central China. "Strangers No More" is presented in collaboration with the Purdue Center on Religion and Chinese Society and the College of Liberal Arts.

"The rapid growth of Christianity in China is a perplexing phenomenon that may have profound social and political implications," said Fenggang Yang, director of the Center on Religion and Chinese Society at Purdue. "When so many Chinese have taken upon Christian ways of life, this will inevitably challenge the Chinese to redefine their cultural identity and redesign their political system."

Purdue Galleries will host a lecture and reception at 2 p.m. Sept. 2 in the Stewart Center Gallery. The artist will speak on "Village Churches in Central China," and a reception will immediately follow his remarks. A choir from the Greater Lafayette Chinese Alliance Church will perform some hymns and Chinese popular tunes.

From Aug. 30 to Dec. 5 in the Robert L. Ringel Gallery, Selections from the Permanent Collection will present "A Rake’s Progress and More."

The Ringel Gallery is dedicated to displaying the Galleries diverse holdings and generous gifts from donors. In conjunction with a graphic novel exhibit later this fall, the current exhibit features serial imagery, or artworks meant to be seen or read in a progression. Featured will be the works of one of the first "sequential" artists, 18th century English painter, printmaker and social satirist William Hogarth. 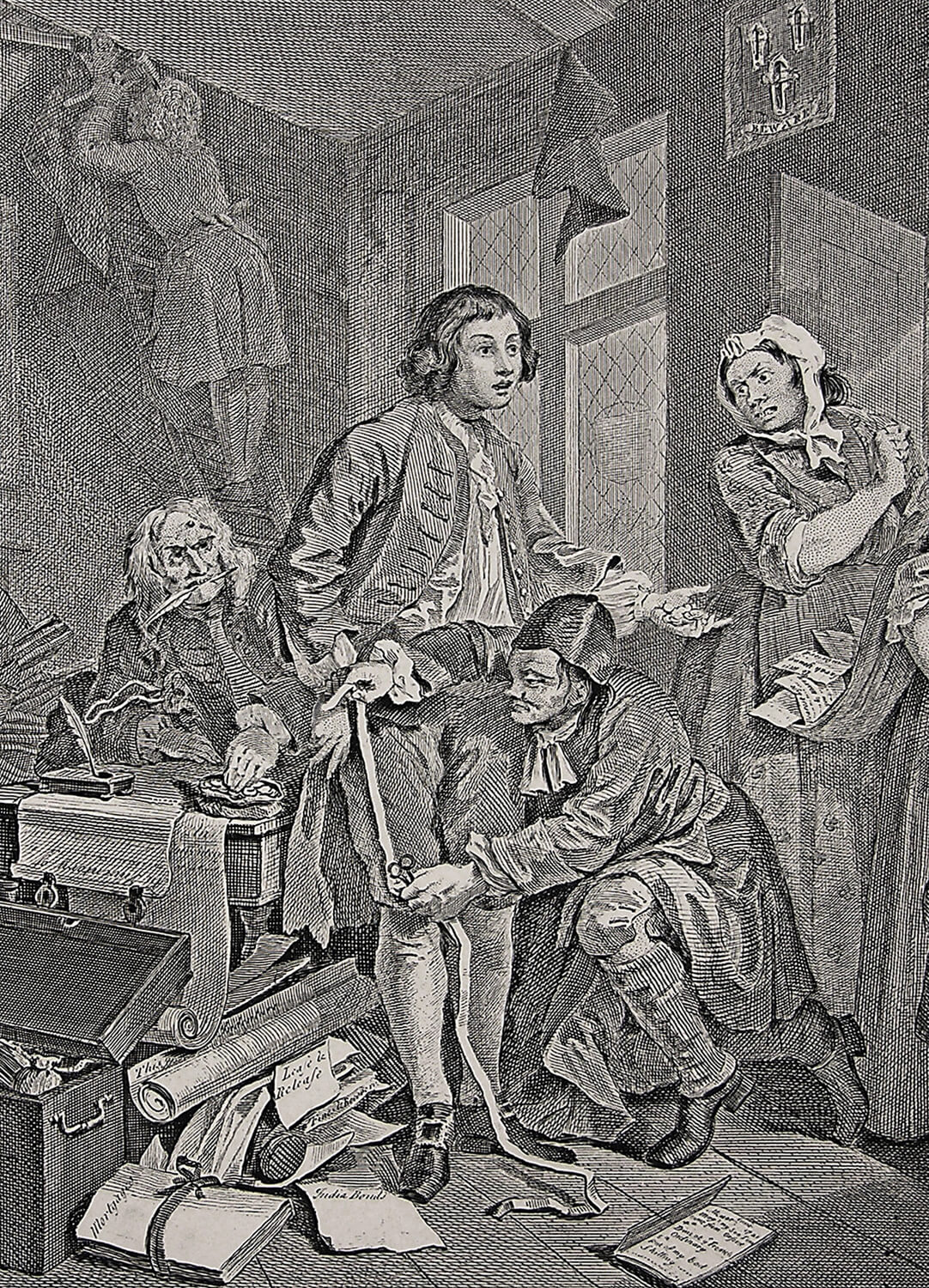 Hogarth's editions of sequential images present moral tales from the early Georgian era warning of many societal dangers, including materialism, infidelity, vanity and self-indulgence. Both satirical and political, they greatly influenced the culture of Hogarth's time and became a basis for the modern comic and graphic novel. Presented as a group for the first time, the portfolios were a gift to Purdue Galleries from the late William McGill, a professor of art history.

Future exhibits at the gallery include:

"Our Cancer Year," Oct. 25 through Dec. 5. This exhibit will present the original illustrations of artist Frank Stack from the graphic novel "Our Cancer Year," the true account of a year spent battling cancer by comic book author Harvey Pekar and his wife Joyce Brabner. The exhibit is in collaboration with the Cancer, Culture and Community series presented by the Purdue Oncological Sciences Center in Discovery Park and the College of Liberal Arts.

"Figure as Modern Relic," Jan. 10 through Feb. 20. A review of contemporary figurative ceramics in the United States curated by Sigrid K. Zahner, assistant professor of art and design. The exhibit will examine the wide range of possibilities that clay affords to creative artists.

"Drawings by Frank Big Bear," March 7 through April 23. A largely self-taught Native American artist, Big Bear's intensely colored, densely illustrated color pencil drawings pull no punches about the joys and sorrows of a contemporary urban Indian's path. The exhibit is organized by the Tweed Museum of Art at the University of Minnesota Duluth and is presented in collaboration with the Purdue Native American Education and Cultural Center.

Purdue Galleries' 10th annual Art Teacher Professional Day will be Oct. 20. Art teachers in K-12 programs are invited for a daylong session to discuss upcoming art exhibits and events and to network among themselves. There will be a special presentation on "Living Graphic Novel," an outreach activity being presented in collaboration with Civic Theatre of Greater Lafayette and Words on the Go.

The Galleries new 2010-2011 newsletter is available for download at https://www.purdue.edu/galleries. It includes segments on the current schedule of exhibitions, recent outreach activities and grant support, including a new ArtCart vehicle for outreach programs.

The Stewart Center Gallery and the Robert L. Ringel Gallery are open 10 a.m. to 5 p.m. Monday through Saturday; 10 a.m. to 8 p.m. Thursdays; and 1-5 p.m. on Sundays. All Purdue Galleries exhibitions and events are free and open to the public.