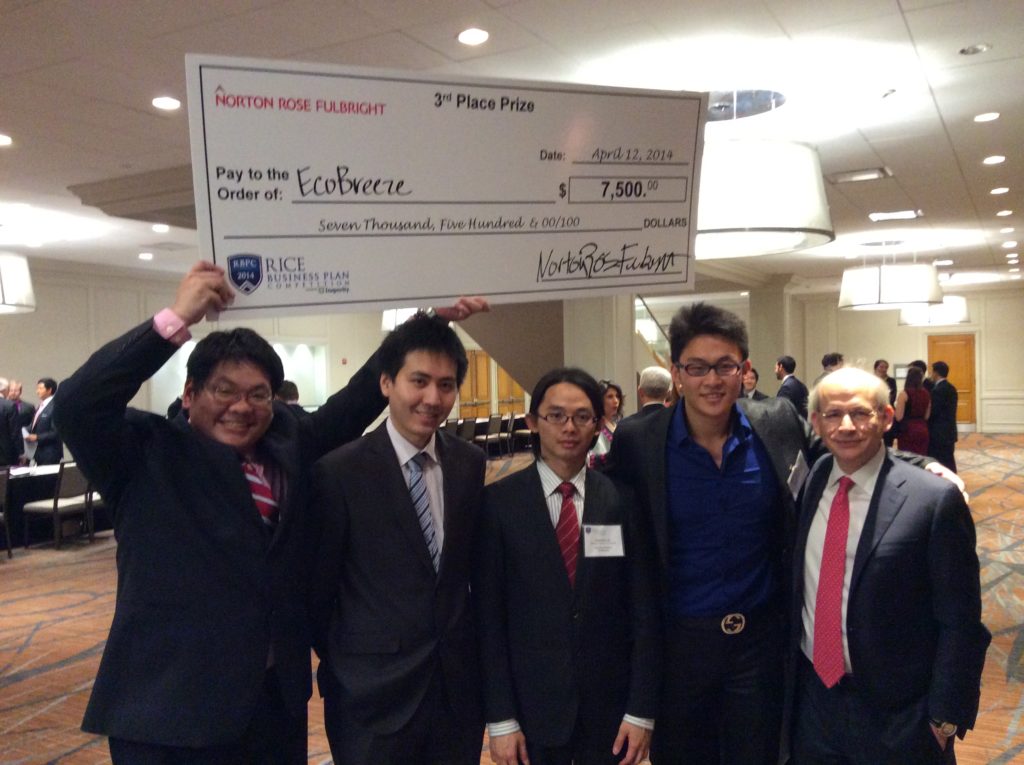 A visiting scholar from National Taiwan University came to Purdue in 2014. He was interested in participating Rice Business Plan Competition. After hanging out several times, he thought I was the right person and invited me to join his business team. Since I was also the alumnus of National Taiwan University (same major as well) and it would be a great opportunity and experience for me to do something new, I accepted the challenge and joined the team. 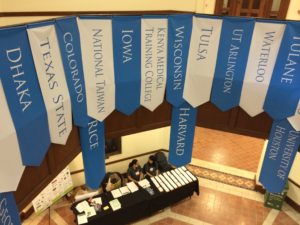 The Rice Business Plan Competition, hosted and organized by the Rice Alliance for Technology and Entrepreneurship at Rice University, is the world’s richest and largest graduate-level student startup competition. The competition is designed to give collegiate entrepreneurs a real-world experience to fine tune their business plans and elevator pitches to generate funding to successfully commercialize their product. Judges will evaluate the teams as real-world entrepreneurs soliciting start-up funds from early stage investors and venture capital firms. The judges are asked to rank the presentations based on which company they would most likely invest. The goal of the RBPC is to provide the best overall educational and entrepreneurial experience of any business plan competition. 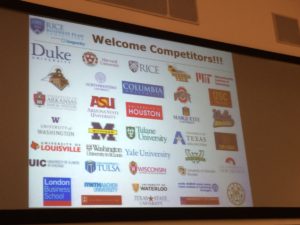 In 2014, there were more than 600 teams around the world submitting their applications and only 42 teams each year would be selected to the competition. The first day was practice round and elevator pitch competition. The second day was first round and feedback session. The last day was semi-finals and Finals. In first round, 42 teams were divided into seven flights. The first and second place teams of the First Round and the highest scoring third place team overall advanced to the Semi-Finals (which means 15 teams total). 15 teams are divided into 3 flights. The first and second place winners of the semi-finals advanced to the Finals. 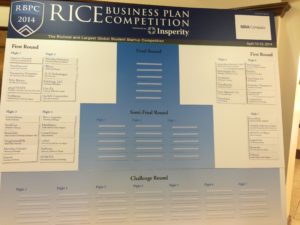 Our team, EcoBreeze, a company based on researching and commercializing innovative, powerful and green cooling technology for customers in LED field, was selected to the competition. 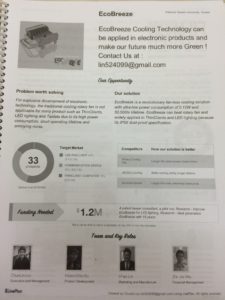 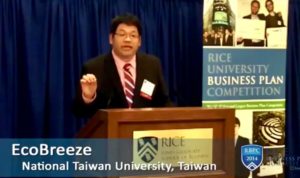 When the competition came, I was excited and nervous. The elevator pitch kicked off the competition. In the elevator pitch competition, each team took turns and gave one-minute speech in front of around 300 people in the auditorium. Some teams were very experienced with their vocal variety and gestures. The presenter just two before my turn was too nervous to speak, so he stared into space and sadly stepped down from the lectern after a pin-drop silence one minute. This made me more nervous. I never did elevator pitch nor spoke in front of so many people on stage. Everyone looked at me seriously. When in my turn, I took a deep breath and then walked to the lectern. Let’s take a look my elevator pitch debut. I knew I could do better now but it was a great try, isn’t it?

Later on, we had the practice round. We received very important and great feedback from the judges and then modified our slides and talk. It helped a lot. Our first round went very well and we advanced to the semi-finals smoothly. 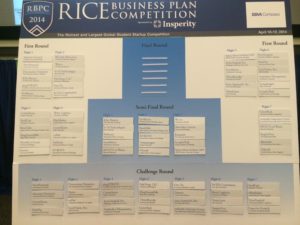 In other words, I was disqualified to visit Rice University and other attractions in Huston the next day.

The semi-final was in the early morning and I almost stayed up for rehearsing. In the semi-final, the judges asked a lot of tuff questions and out team did not respond that well. Therefore, I did not expect to advance to the finals. At lunch time, the host announced the finalists. Our team’s name was on the board!! 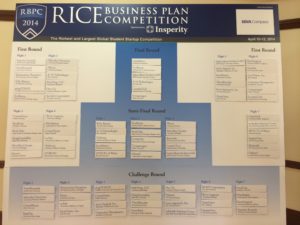 We advanced to the finals and would be interviewed by Fortune magazine! My tears were rolling down my cheeks BUT I had to hold back my tears to give a professional speech in the finals in an hour. The finals were in the auditorium containing more than 500 audiences and judges. I told myself that it would be the last speech. Keep calm. I was the BEST! There would be nothing impossible.

Our team did a great job in the final presentation and Q&A including showing the real devices and the ideas. All the guests gave big applauses at the end of the presentation. After the presentation, I walked out of the auditorium. I cried again since I made it and all the pressures were released. 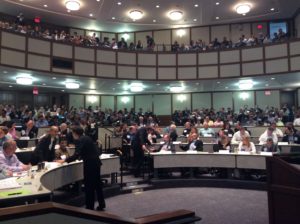 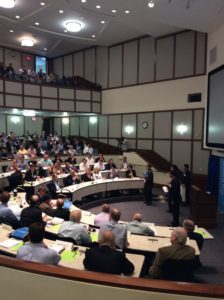 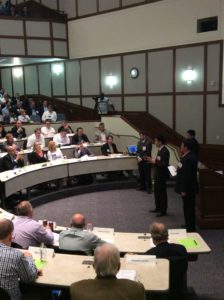 At the awards banquet, our team won 3rd place with $7500 cash award! WOW! What an unforgettable experience! 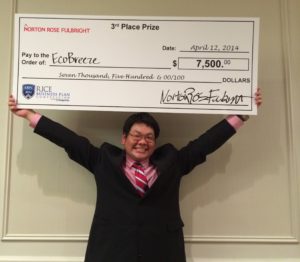 Throughout this business plan competition, I met many elite students and venture capitalists. They shared their valuable experiences and stories. Also, I had some ideas and knowledge of business model and how to run the business. These great experiences are much more than $7500. I truly thanked for my teammates for inviting me to the business team. 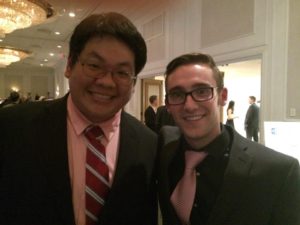