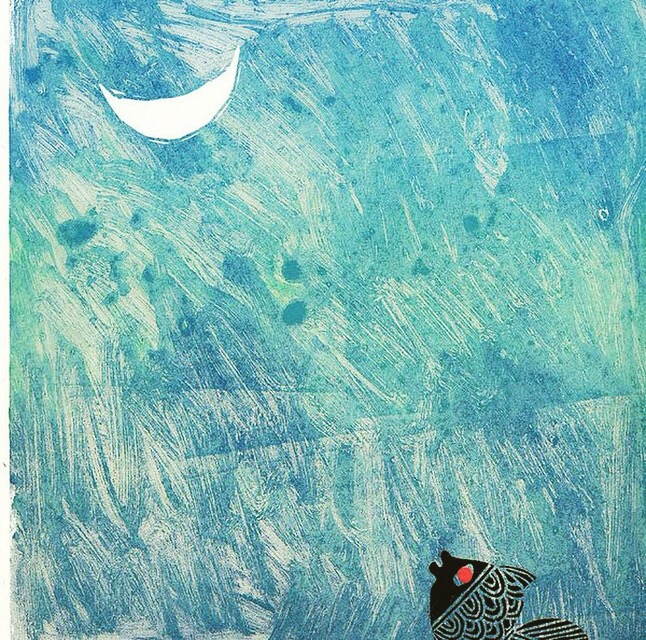 “… Perhaps,” says the little black fish, “there is more to life, and perhaps the world is more than our stream!”

Let’s start the journey with “The Little Black Fish”, one of the most famous Iranian folklore stories written by the legendary Samad Behrangi. The inspiring story of a Little Black Fish who was seeking the truth of his own life through his search for the end of the mountain stream in which he was born but never believed was the end of his world.

I want to know if life is simply for circling around in a small place until you become old and nothing else, or is there another way to live in the world?” 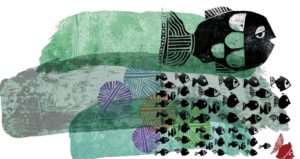 While his fellow fish were too scared to do anything different from their set routine, the Little Black Fish made the decision and swam over the edge of the pool, into the stream and river which showed him much more of the world. He met wonders and adventures, dangers and beauty. And finally… The Little Black Fish made it all the way to the ocean, and found his answers.

I have read this small book more than 20 times in my life and actually lived with every moment of the Little Black Fish thorough his journey to see the ocean! Each time I was reading it, I was thinking about the very moment that he decided that he wants to see the ocean, realized that he doesn’t want to be just a fish like others before and after him, realized that he wants to pursue his goal. I am sure that there were other fish before him who also had some similar dreams in their life, but they never dared to do what the Little Black Fish did, and obviously, no one wanted to write their stories.

I was always waiting for my moment…

For me, as a young student in one of the best universities in my country, Iran, the concept of life looked completely good, happy, and promising (just like every other fish in the pond!), but I always knew that it is not the passion I always wanted to pursue and that is not the person whom I want to become. Days were passing and I was stuck with these thoughts without actually doing anything, but like every other great story in the world, I finally faced the “moment” that I was waiting for!

That was it. That was the moment. Ever since I watched this short video, I couldn’t resist for a moment thinking about becoming an environmentalist trying to make our “home” a better place to live. Then someday, I finally swam over the edge of the pool! 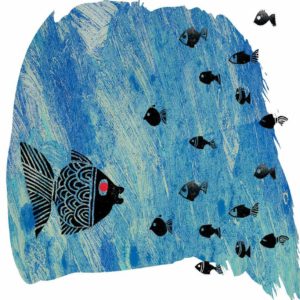 That was when I became familiar with Purdue University which was (is) not only one of the best-ranked universities in my field of study but also it had a slogan that was exactly describing my passion: “WE ARE PURDUE, WHAT WE MAKE MOVES THE WORLD FORWARD”. I can’t forget the very moment that I opened my email in which I had received the admission from Purdue, it was unbelievable as I knew that a new chapter of my life has been started.

I remember the moment when for the first time I saw the wind farm near Lafayette which reminded me of Manjil, one of the cities in my home country that does have similar farms. I can mention thousands of other memories that now became great experiences for a person who used to live in a crowded city with a population of over 14 million inhabitants and moved to a magical peaceful city, but among all the memories and experiences, I believe the most important thing to say is that ever since I came to Purdue, I realized that I have got accepted to a big and supportive academic family in which people help each other grow personally and academically without considering concepts such as nationality, language, religion, etc., which made me sure about my decision and my way to reasch my passions. 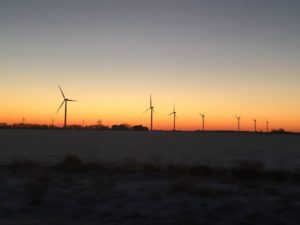 Purdue ranks 4th for international student population at public universities, so you can easily see lots of students from all over the world gathering here trying to study hard and actually do what moves the world forward. Every time I see my international fellow Boilermakers, I imagine them as the little black fish of their life which is different than my life but share a universal goal and passion: to see the ocean!

Now as I am writing these words, I am sure that I am in the middle of my journey to see the ocean. Coming to Purdue and becoming a boilermaker was not supposed to be the ocean, but it definitely was the start of this journey. It actually doesn’t matter when this journey will end as I am enjoying every moment of it. I don’t even know what the ocean would look like, but I sincerely know how it will “feel”.

What about you? What was your moment to make the decision?… 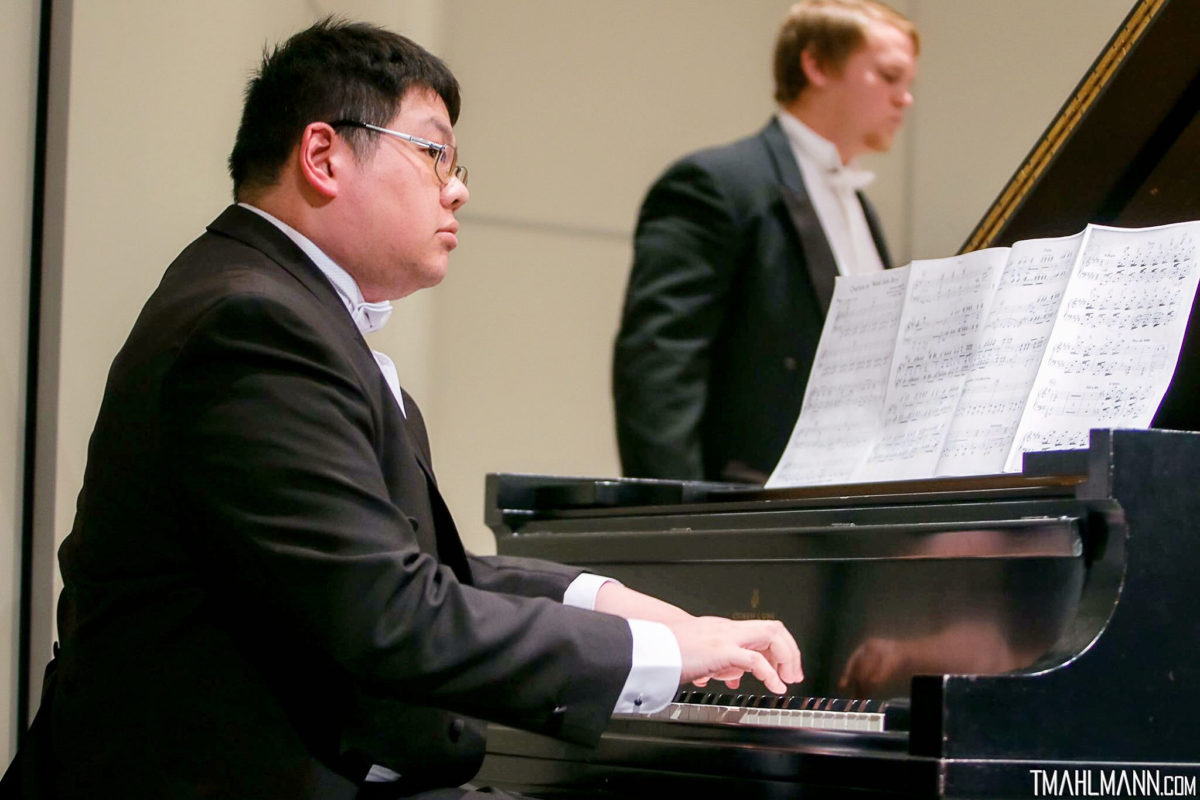 Purdue does not have music major, but Purdue Bands & Orchestras provides an opportunity for me to continue my lifelong journey with music as a performer. I played the piano when I was 4 years old. I did not go to music training classes but I had individual lessons nonstop all the time even when I was here. When I was in college, I also played the clarinet and tenor saxophone in National Taiwan University Wind Band (student organization). When I went to Purdue pursuing my Ph.D. degree, I never thought I could join any band or orchestra someday in the U.S even though I wanted to perform at Elliott Hall, Loeb Playhouse, Long Center of the Performing Arts and other fancy music halls. However, dreams came true! 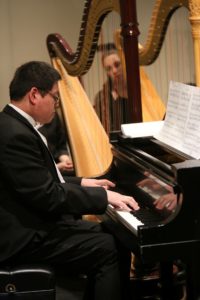 I had chance to join Purdue Philharmonic Orchestra in Fall 2015. They had two regular concerts each semester. One was in the middle of the semester and the other was at the end of semester. The first music piece I performed is the Planets by Gustav Holst. I played the celesta. It was my debut at Loeb Playhouse. The concert was great, and I was excited about wearing tuxedo (my first time). At the second concert, I was much more excited because I was playing Brandenburg Concerto No. 3 by Johann Sebastian Bach. I loved Baroque music and this piece was quite challenge. There were many times using my ring finger crossing my pinkie on my right hand. But I was not afraid of it since I played a lot of pieces by Bach and I knew how to overcome it. That concert was perfect! I wish I had a video recording to catch that moment. Later on, I joined Purdue Wind Ensemble and Concert Band. There were many fun pieces with piano part. I also had a chance to play ragtime music that I never played before. I loved each piece that conductors chose. Sometimes, the piece was easy for me, and sometimes it was hard. But no matter what level it was, it always developed and cultivated my ensemble skills and technical skills.

One of the amazing experiences for me through Purdue Bands & Orchestras was serving as blazer in Fall 2017. I knew much more about All American Marching Band (AAMB). I never participate marching band and always want to join and see how hard it is. However, as a graduate student, I really don’t have much time doing marching. They practice every afternoon and perform at home football game day. NO WAY!

Being a blazer is a good compensate. I helped AAMB in home football game, blocking fans when they parade to Stadium, learning the music they play, setting up the equipment they need, giving the water, and tearing down after the game. Blazers are like the backup support for AAMB. AAMB can focus on performing and do not worry about any other issues that blazers take care of.

Last Fall semester, I also joined a pep band called Gold & Black Sound (GABS) for the Purdue Women’s Basketball team. I played the melodica. I also learned the cheers during the game and some music as AAMB played. Also, I just realized that our women basketball team was really good! They did a great job in the home game.

Thanks Prof. Bodony for bringing me to the Department to begin my amazing band trip. I like his style of conducting and he always gives strong support. Thanks Prof. Gephart for giving me many opportunities to show my talent. I had a great time playing Beethoven Violin Sonata No. 5 “Spring” with flute principal at Elliott Hall before the concert starts. It was a nice warm-up performance. Also, I played the melodica in SLAVA! That solo jointed with soprano saxophone was perfect. Thanks Prof. Nave to encourage me to join GABS. It was my great choice. I was glad to join GABS and I became a big FAN of Purdue basketball. I also thank Prof. Fletcher for inviting me to Concert Band. I love Shepherd’s Hey by Percy Aldridge Grainger and Where never Lark or Eagle Flew by James Curnow.

Joining Purdue Bands & Orchestras enlightens my school life! I can continue playing music when doing my research. I have opportunities to play music with other talented students together and give performances in public every semester. I enjoy the rehearsal atmosphere and performing on stage by giving the audiences beautiful and lovely melody. Even though Purdue does not have music department, these non-music major students still perform professionally. I am proud to play music with them. I could not image how my Ph.D. life would have been if I did not join Purdue Bands & Orchestras.

Ragtime music: (I was nervous about it in the beginning because it was very easy to make mistake and then could not follow the music. When I listened to several recording, they either played the wrong keys, or did not follow the tempo. In the dress rehearsal, I even still made some mistakes. But, in the concert, I made it! I was pretty happy and felt fully released. Now I made the bible version that people can watch! Check it out.)