Consider a particle of mass m that is suspended in a vertical plane by a spring of stiffness k. 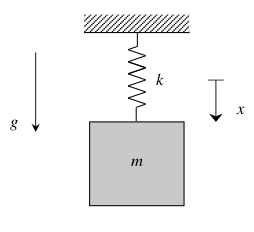 Consider the animation below: