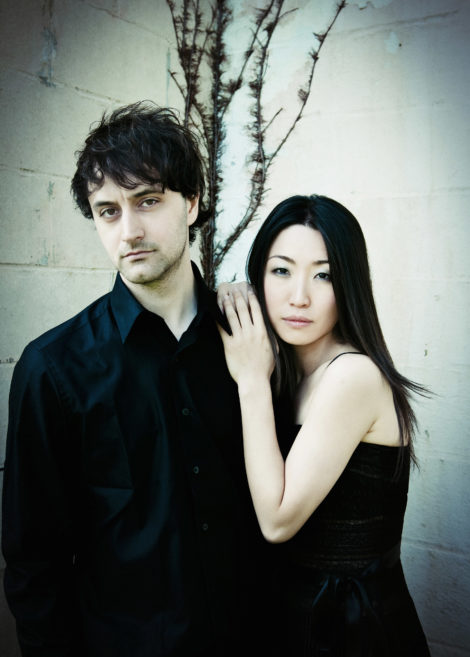 It’s not enough that pianists Soyeon Kate Lee and Ran Dank play at a virtuoso level. It’s not enough that, as soloists, they’re undaunted by the most challenging pieces in the standard repertoire (and beyond). No, what Lee and Dank do so well together, huddled over a single piano keyboard, requires far more than technical facility: It requires a shared musical vision and a strong commitment to realizing it, a commitment this couple has shared for many years.

When Lee and Dank perform at the keyboard together, they produce an entirely unified sound. Every expressive nuance — every ritardando, accelerando, crescendo, decrescendo — is executed in perfect unison. Their collaboration is seamless and, hence, deceptive; They fool our ears into believing all the notes are coming from a single musician.

The evening’s opening piece, Mozart’s cheerful Four Hand Variations for Piano-Duet in G Major, K. 501, rolls along at an unflagging tempo, but it provides two players ample opportunity to challenge their collaborative wits and test their ability to stay precisely in sync with one another throughout. This seemed to present no problem for Lee and Dank.

Second on the program, Mr. Dank delivered an assured and muscular performance of Beethoven’s Sonata No. 14 in C-Sharp Minor, Op. 27 No.2 “Moonlight.” This piece is so immensely moving, so profoundly satisfying, that its popularity — considerable even in Beethoven’s own lifetime — should surprise no one. Dank showed complete ownership of it and clearly enjoyed every note. 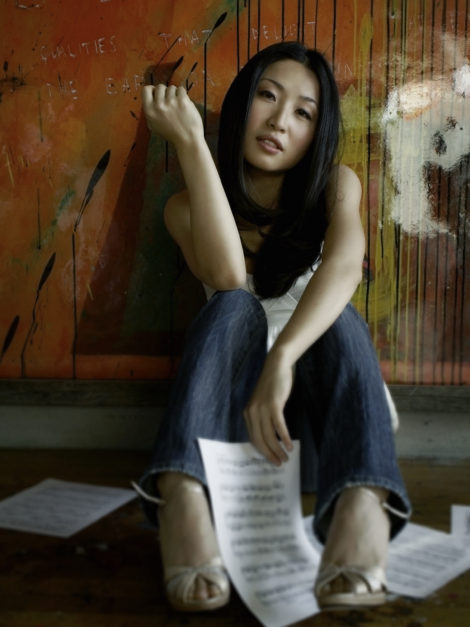 Soyeon Kate Lee took her solo turn with two pieces by Alexander Scriabin: His strongly jazz-inflected Feuillet d’album Op. 45 provided dramatic contrast with his more familiar Fantasy, Op. 28, which is extremely demanding of any virtuoso pianist. Plenty of players get it “right,” but not all of them manage to avoid a muddy texture in the most devilishly dense passages. (The piece has been compared with Phil Spector’s “wall of sound”!) Lee achieved uncommon clarity throughout, in a performance that showed both empathy and fearlessness. Soyeon Kate Lee’s delivery of Scriabin’s Op. 28 is so manifestly heartfelt that it would be difficult to say whether she owns the piece or is possessed by it.

Following intermission, Lee and Dank sat down together for yet more deceptively well-synchronized music for four hands. As skilled as these two are, it must be noted that Samuel Barber’s highly accessible “Souvenirs,” Op. 28, was obviously designed to help a pair of pianists sound their very best, right out of the gate. And his plan worked: The performance gelled in the first measure, and the pair clearly had fun with all of the Barber selections. So did the audience.

But the evening’s Enjoyment First Prize must go to Tchaikovsky’s Nutcracker Suite. Performing Eduard Langer’s four-hand arrangements of this impossibly catchy music is by no means easy, providing, as it does, ample opportunity for a pair of skilled players to drive their ship directly onto the rocks. (Some passages are downright harrowing.) But Lee and Dank presented all of it in such an easygoing manner that listeners could almost forget about these hazards. Everyone had fun with these selections.

Much has been made of the fact that Soyeon Kate Lee and Ran Dank are husband and wife. Too much? Probably not. Because, while in purely technical terms their familial relationship may be insignificant, yet, in musical terms, their union cannot be ignored, because chamber music requires a delicate melding of all players’ musical sympathies. It requires of every player in an ensemble — no matter its size — an acute sensitivity to every action taken by every other player. It’s a requirement this couple understands well.

Lee and Dank play beautifully as soloists and as a pair. But they also know how to put together a perfectly balanced program. At the end, the applause was loud, enthusiastic, and punctuated by much shouting.

Excerpted from the article, “REVIEW: Acclaim for pianists Soyeon Kate Lee and Ran Dank at Close Encounters With Music” published by David Noel Edwards in The Berkshire Edge December 2015. Click here for the full article.

Excited to see the four-handed synchrony of Ran Dank and Soyeon Lee? Catch them at Purdue on Apr 2nd in Loeb Playhouse at 7:30 PM.