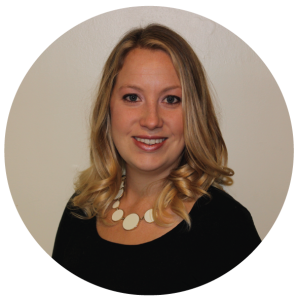 Morgan Loetz graduated from Purdue University in 2007 with a Bachelors of Science in Early Childhood Education. During part of her time at Purdue, Morgan was a member of the Twirling Line (now know as the All American Twirling Team). While a member of the Purdue “All-American” Marching Band she performed at the Capital One Bowl, the Sun Bowl, and on a Purdue team at the NBTA National Championship.  She started twirling in 1994 and was a member of the Royal Majestics Baton Corp in Mishawaka, Indiana. In 2015, Morgan started working with the Purdue Twirlers and has lead them to many National Titles including the 2017 Collegiate Halftime Champions, 2017 Grand National Collegiate Halftime Show Team Champions, 2019 Grand National Collegiate Halftime Show Team Champions, and 2020 Twirl Mania Collegiate Classic Team Champions! She coaches the Golden Girl, Girl in Black, Miss Boilerette, Silver Twins, and the All-American Twirling Team. 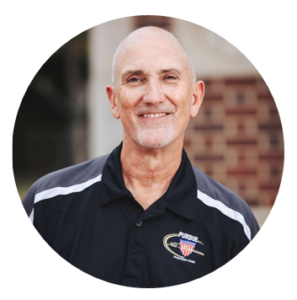 Jef Furr joined Purdue Bands & Orchestras as the new Golden Silks Color Guard Coach for the 2019-2020 season. Jef has played an integral role in many of the department’s travel opportunities and has a rich history in the performing arts.

Travel and music are always Jef’s choices for fun and adventure! A trombone player at Noblesville (IN) Middle School, Jef honed his talents and graduated from Ball State University with a B.S. in Music Education. While his sisters gravitated straight to travel careers (a flight attendant and Holland America Cruises representative), Jef taught for 16 years before working in student travel full-time.

After stints at North Miami (IN) and Alexandria-Monroe (IN) high schools, he moved to Southport High School in Indianapolis as Band Director and, later, Music Department Chair. Following 1986’s featured performance by Jef and the Southport Band in the classic film, “Hoosiers,” he realized a life-long dream as the band won the coveted 1987 Indiana State Fair Band Day Competition. He capped the year with the band’s performance in the 1987 Macy’s Thanksgiving Day Parade in New York City. Philadelphia’s Thanksgiving Parade in 1991 featured the Southport Band as the opening act, and in 1992, Jef’s Southport Winter Guard garnered first place in both Indiana’s and Winter Guard International’s annual competitions. His concert bands placed within the top eight in Indiana four times.

Once Jef assisted as a Tour Director for an Orange Bowl-bound band, nearly every school vacation thereafter found him guiding a student group throughout the USA or Europe. In 1994 he joined Music Travel Consultants full-time. Although he travels frequently, Jef still finds time to appear regularly as a trombonist at his church and in local theatre productions. Jef recently retired as Executive Vice President for Music Travel Consultants, Inc. 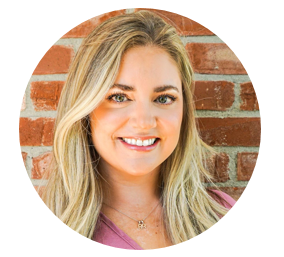 Natalie Hess joined Purdue Bands & Orchestras as coach of the Golduster Dance Team in the summer of 2021. Hess performed as an Indianapolis Colts Cheerleader for eight straight seasons between 2008 and 2016, including four seasons as Team Captain. In addition to representing the Colts organization at events across the country and world, she cheered at all home football games as well as Super Bowl XLIV, and received the highest honor a Colts Cheerleader can receive, representing the organization at the Pro Bowl. Hess also worked as a Dance Instructor and Choreographer for The Dance Refinery in Indianapolis, and coached the Dance Team at Decatur Central High School.